From Chaco Canyon I drove back north to Aztec Ruins, a large great house site that contains a reconstructed kiva where visitors are permitted to sit inside. This site flourished concurrently with Chaco Canyon but continued to grow after the waning of construction there, becoming a more important outlier in the 12th century. In addition to the reconstructed great kiva, the site can also boast original timber-roofed rooms. It was very interesting to be able to stand in these rooms much as they were nine or ten centuries ago. Finally, the site has one of the few known tri-walled structures with 22 rooms encircling a kiva set apart from the great house though it has been backfilled for stabilization and preservation. 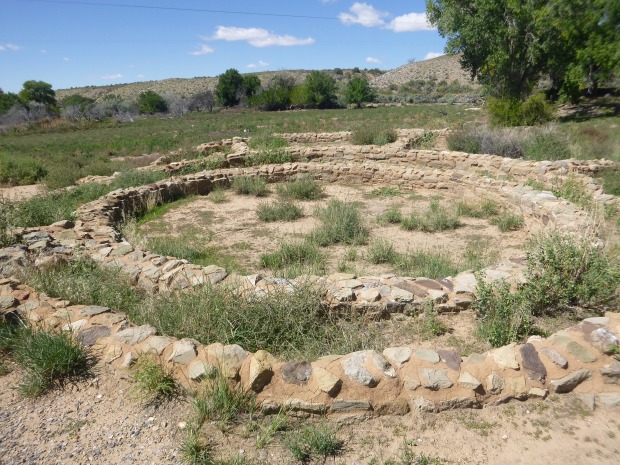 Though a reconstruction such as the one done at the Great Kiva would not be considered proper archaeology today, it was acceptable in the 1930s. Surprisingly, even though much new knowledge has come to light since then, it is still considered an accurate model of what archaeologists believe kivas to have been like. Having looked at many great kivas from above over the past few weeks, I can tell you it was a very different experience being able to actually be in one. Just as you can feel the hallowed atmosphere inside churches, synagogues, temples, mosques, and other religious structures, the same is true of a kiva. It did not take a stretch of the imagination to guess what impact these ceremonial structures must have had on the Ancestral Puebloans. However inappropriate it was that this kiva was reconstructed on the ruins, I believe that since it already exists, it at least provides valuable understanding to modern visitors. 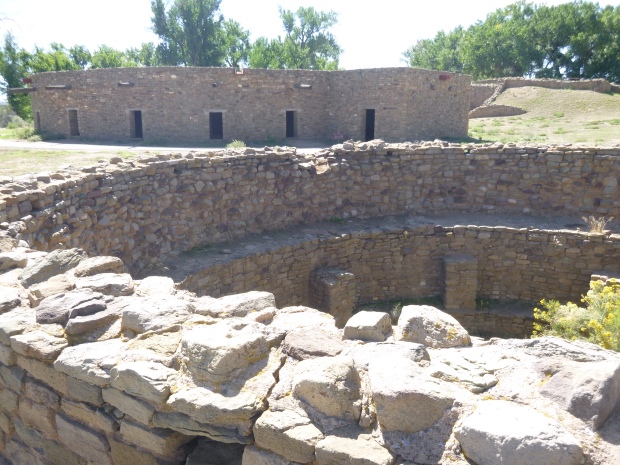