I decided to start the day at the Cumberland Falls trailhead, which is an easy mile hike down to the falls. I was expecting a pretty hike but not an amazing one: Kentucky surprised me right off the bat. The trail descended toward the river, along the base of the escarpment and wound through the hyper-green woods towards the river. This trail, like many of the trails I ended up hiking in the area, was a section of the 307-mile Sheltowee Trace Trail that runs the length of the Daniel Boone National Forest and is thus marked with the adorable turtle trail markers. I ended up mentioning how much I loved seeing the turtles everywhere on the trail to a ranger a few days later and found out that the trail was named for Daniel Boone (makes sense since it’s his forest and all) because his given name by the Shawnee was Sheltowee – or Big Turtle. 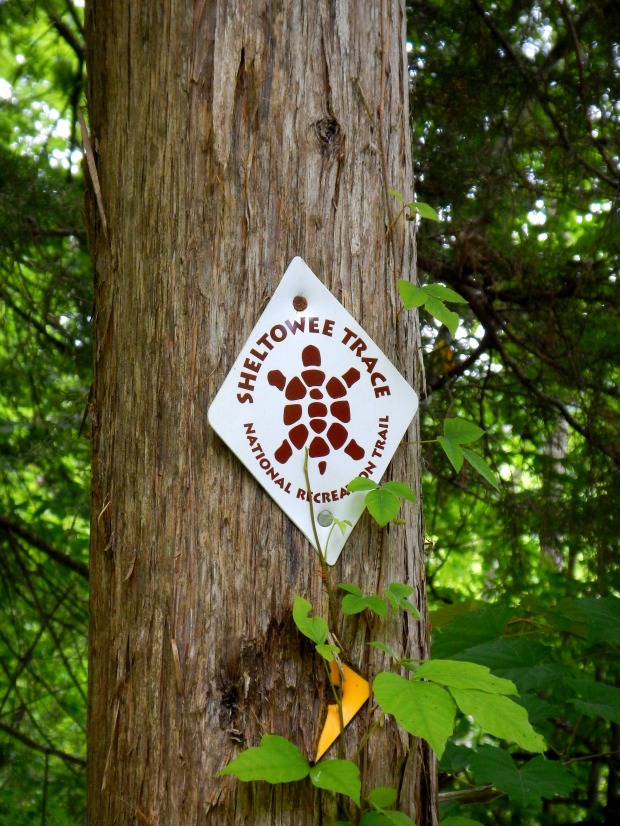 Anyway, it had been raining that morning so I brought my daypack with rain gear but although it stayed cloudy for a long while the sun finally came out for good just before 11. I spent quite a while poking around the falls; there are multiple viewpoints below the falls, areas where you can access the river above the falls, and a very nice beach downstream. These areas are all connected with short, very-well maintained paths (I hesitate to call them trails because they’re so short but technically they’re a part of another trail I believe) and the whole area of the falls is actually accessible through the nearby parking lot – there’s no need to hike there as I did.

These falls are called the Niagara of the South because of their 125-foot width and impressive water flow. They’re also incredibly beautiful and a perfect place to stop for a visit if you ever find yourself in this part of the country. 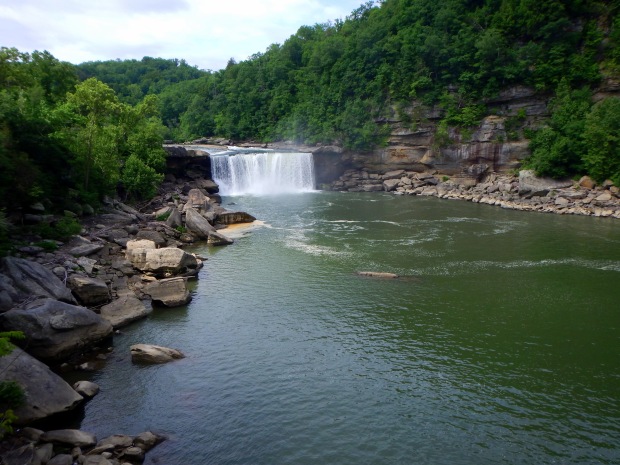 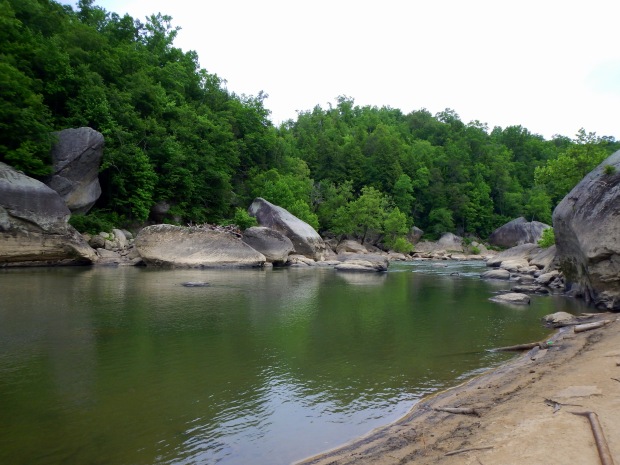