While we were visiting Tom’s niece Katie and her fiancee Will, Tom and I had a day of hiking in the gorgeous Ruby Mountains nearby. I had only heard of the Ruby Mountain Range the previous year when it was recommended by our friend Grey who lives in northern Michigan though of course Tom knew of the mountains and had previously visited the lower elevations of Lamoille Canyon. Unfortunately, Katie and Will had to work in the day time and were not able to join us though we all still enjoyed dinners and evening chats.

It being the last week of June, we headed for the end of the road and the beginning of the Ruby Crest National Recreation Trail – a backpacking route which passes multiple lakes as it climbs into the glacial bowl and eventually over the pass – thinking it would be snow free. However, for not the first time that week Nevada challenged my expectations: we ran into snow less than 2 miles from the trailhead. Patches and small snowfields on the trail didn’t do more than slow us down but rather suddenly we encountered expansive drifts that completely obscured the trail. Following the occasional footprint and looking ahead for signs of a trail in the landscape finally proved inadequate and we decided to make our way – each of us on a path of our own choosing – to a granite ledge a couple hundred feet away for a view. Arriving after a rather graceless scramble to that point we determined we could continue south for awhile into the bowl, as long as we were willing to ford streams and runoff and slog through some mud. We did so and reached one of the lakes before calling it far enough though we enjoyed all the earliest wildflowers popping out from the saturated earth as we went.

We returned to the trailhead via our route since we didn’t believe we’d be able to find the trail again but we felt a bit disappointed to be leaving such beautiful alpine mountains… until we found a trailhead on the opposite end of the parking area. The Island Lake Trail was entirely snow-free and chock full of colorful wildflowers, two things we greatly appreciated as we ascended the many, many switchbacks carved into the south face of the glacial valley. As we rose the view steadily improved too, revealing more of the lush, green valley floor below and etched crags in the rock above. Three-quarters of the way to the lake we crossed the outflow plummeting hundreds of feet to the valley floor, which was a truly impressive sight and then finally, we reached the glacial lake nestled in the cirque. 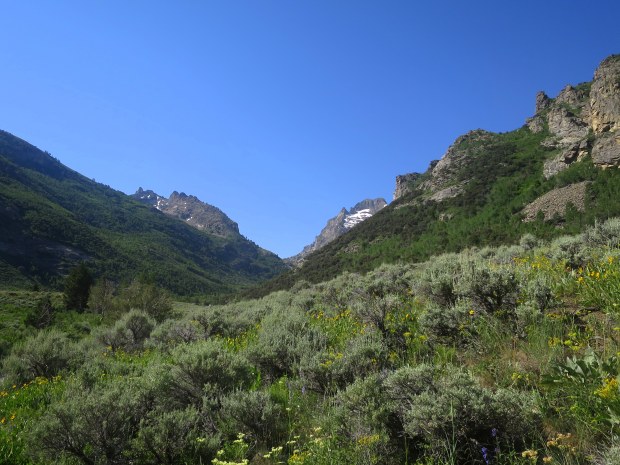 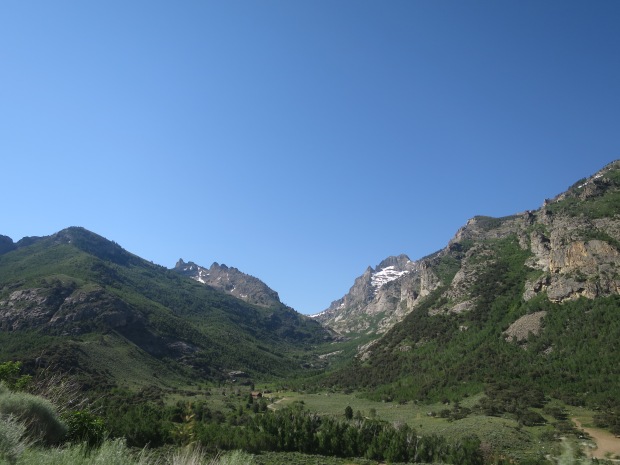 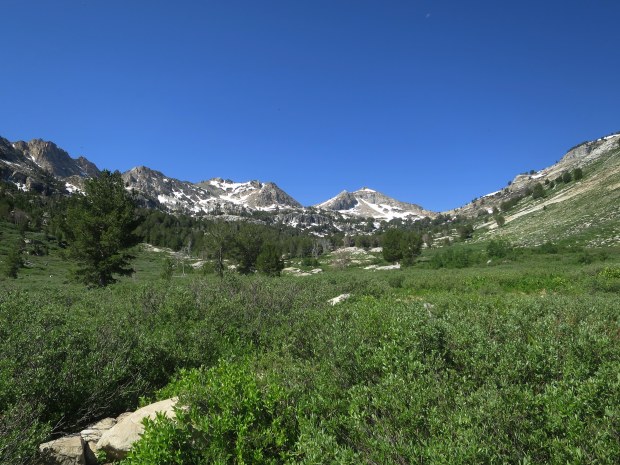 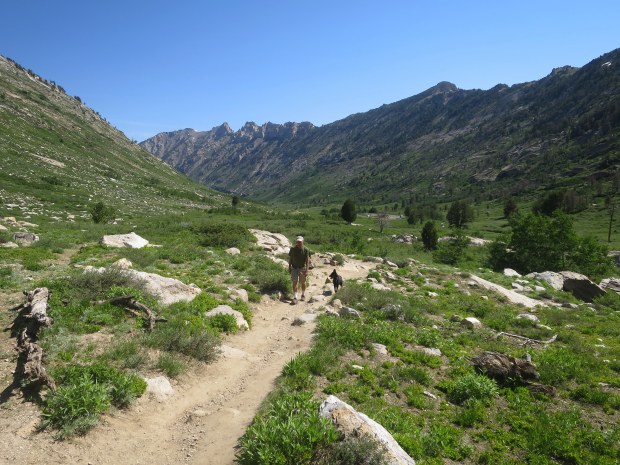 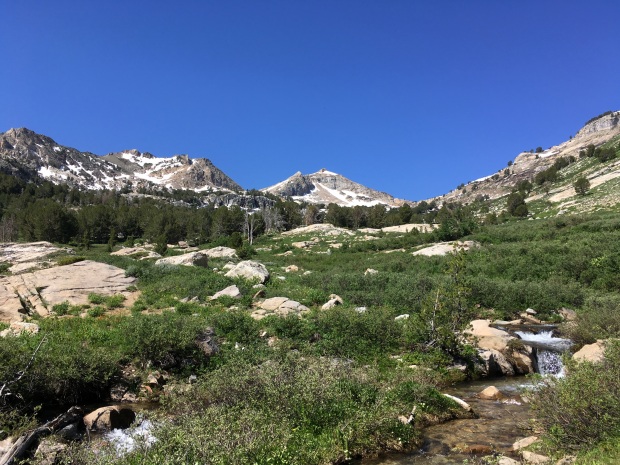 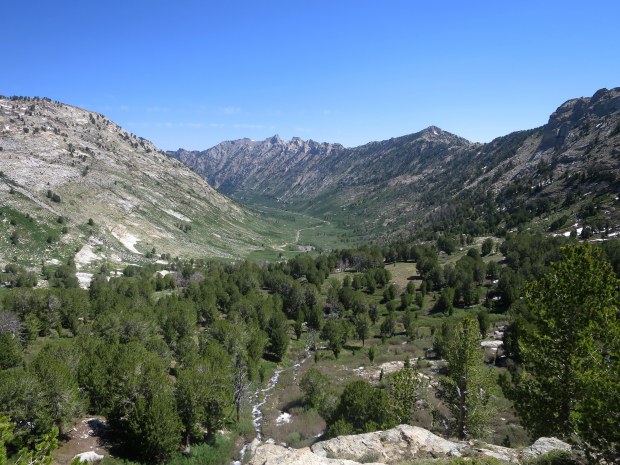 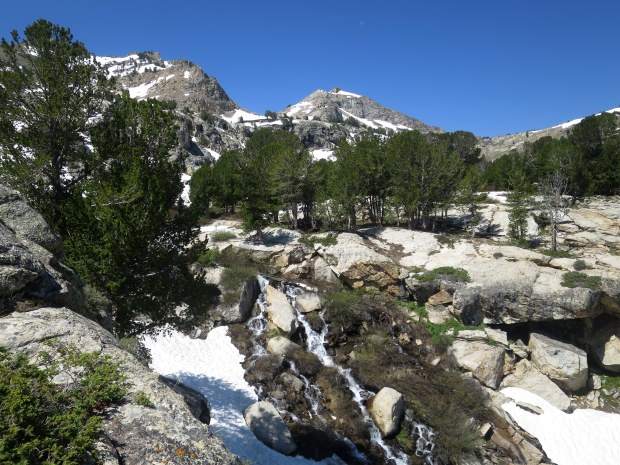 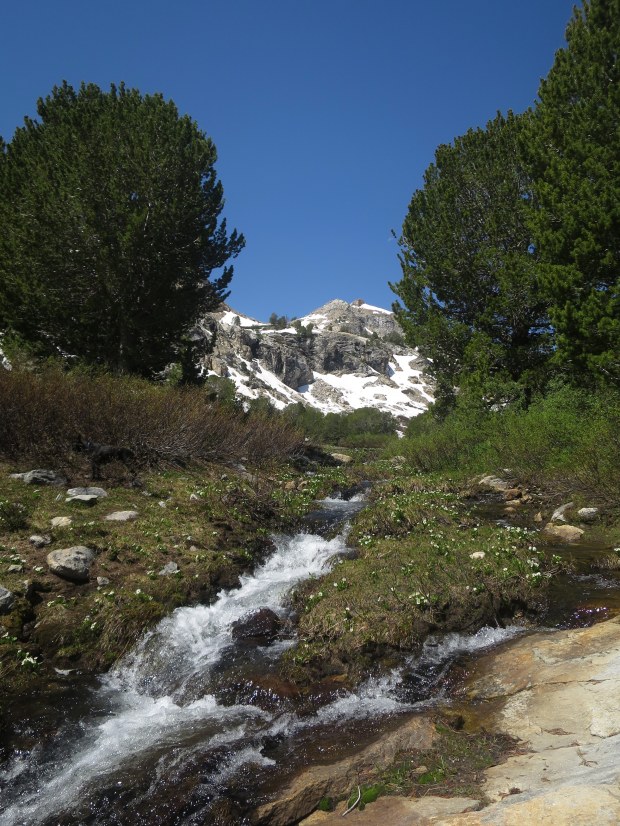 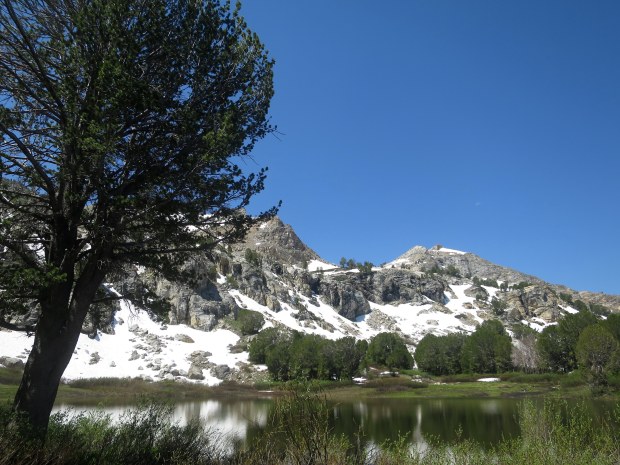 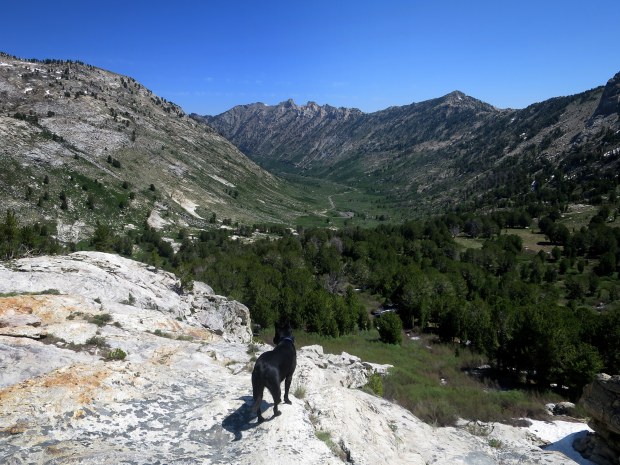 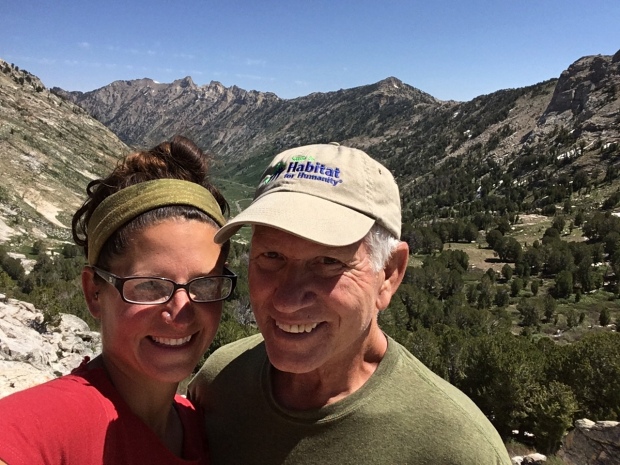 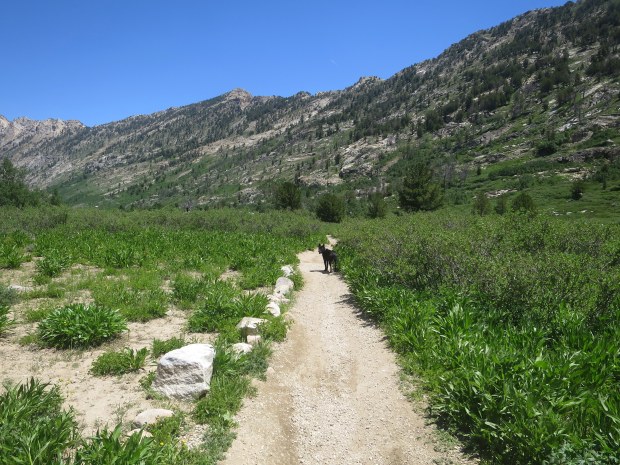 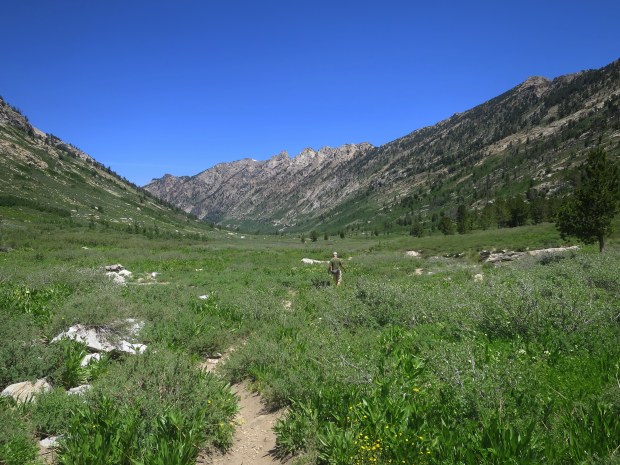 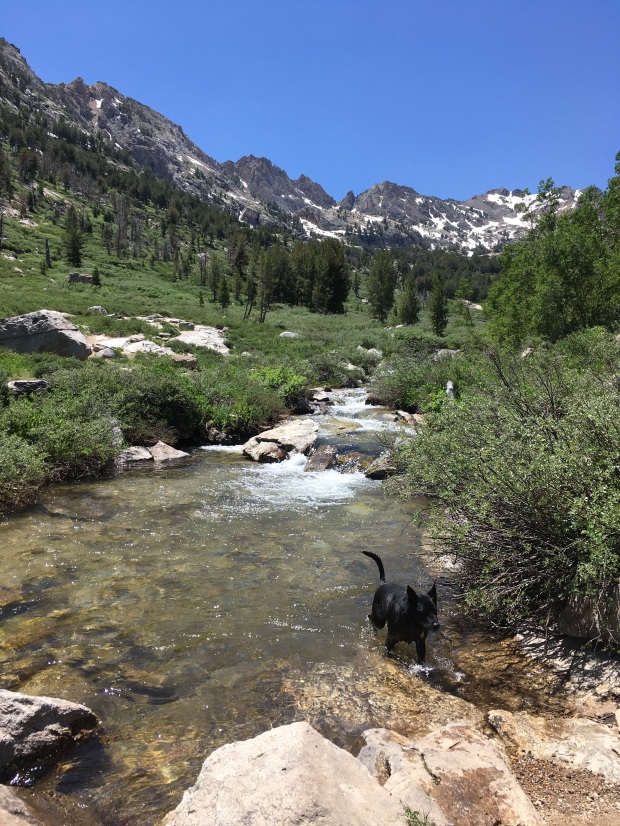 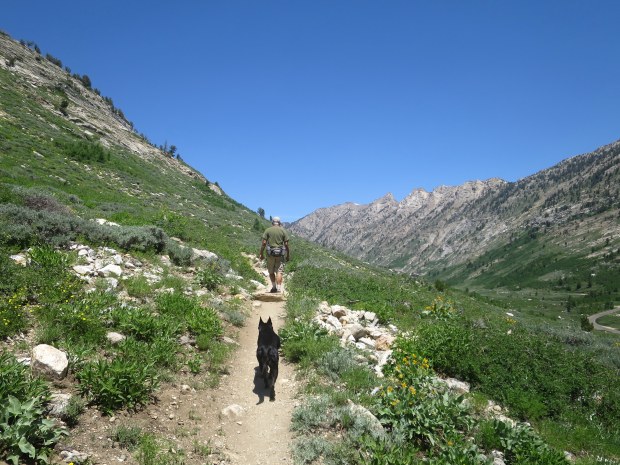 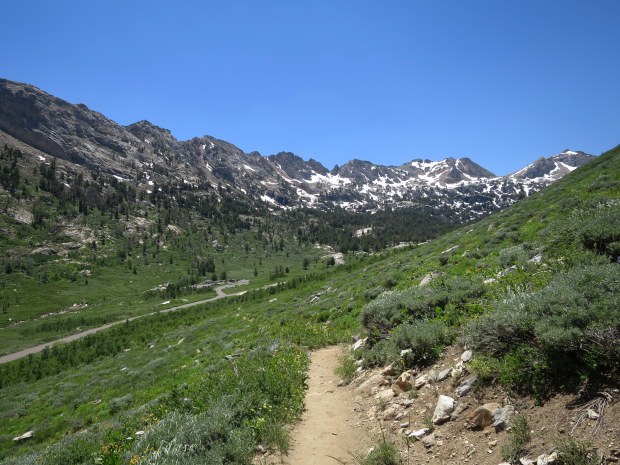 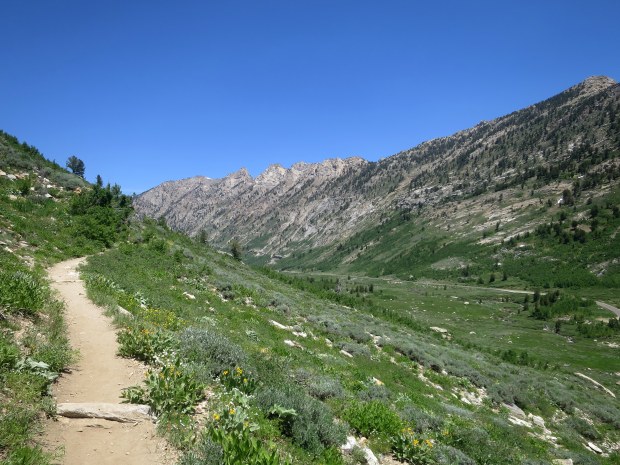 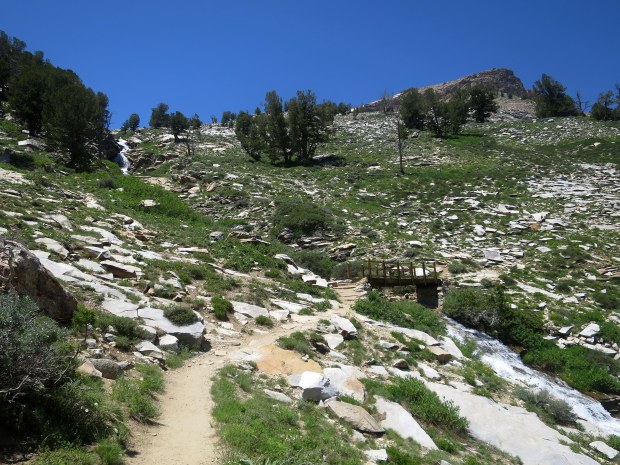 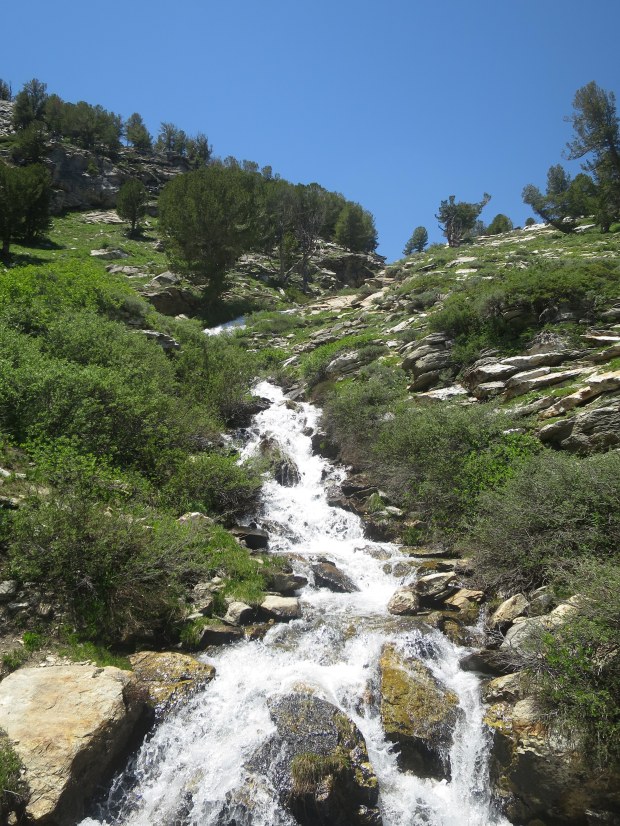 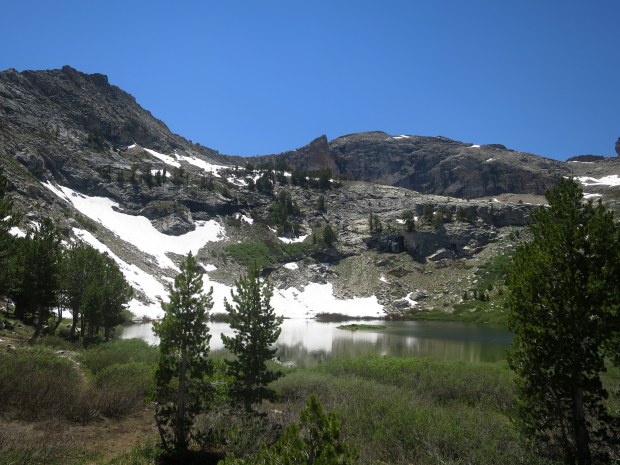 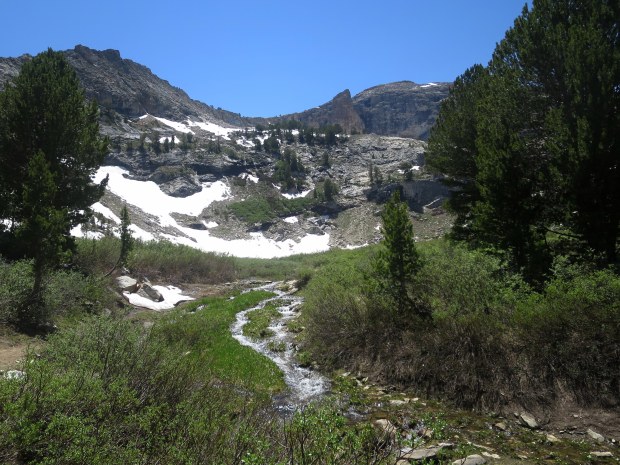 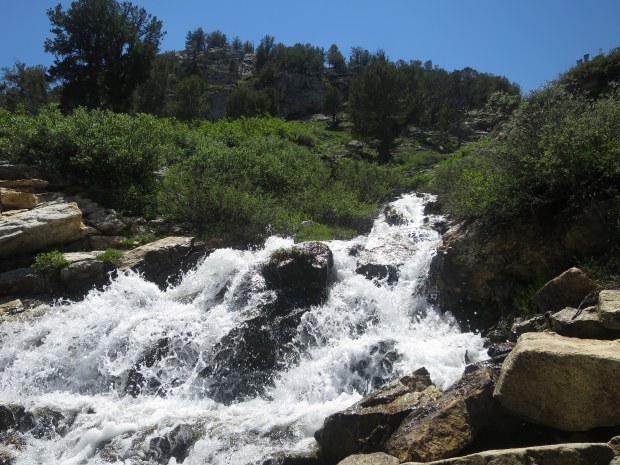