Colchuck Lake was a hike recommended to us by some locals we hit up for trail recommendations; as is usually the case when you ask people who spend time enjoying the outdoors, the advice was excellent. Located in the Alpine Lakes Wilderness of Wenatchee National Forest, the alpine lake is nestled at the boundary line of the Enchanted Peaks, a popular backpacking area. The 8 mile trail begins by crossing gently-ascending forested valley, than turns to the east and begins most of the 2,300 feet in elevation. About halfway us the slope the breaks in the cover of the fir trees reveals the first of multiple views up the valley to the the Enchanted Peaks and the snow-filled bowls on the north side of the mountains. Finally emerging onto the ridge overlooking the lake however is the real treat however; the dark blue and aquamarine waters are spectacular. Because I always feel compelled to explore things and also because I was in search of a a view of the lake in which I was not looking directly into the sun, I made my way around the south side, climbing out onto one of the peninsulas, and down to the shore. From there I was able to actually see across to the north east side of the lake, partially hidden from the point where the trail had ended on the west side. 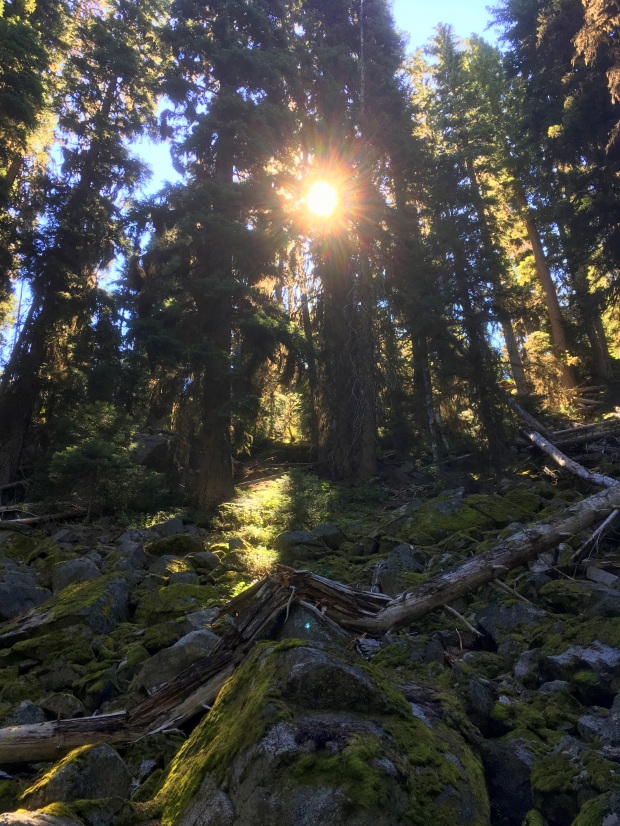 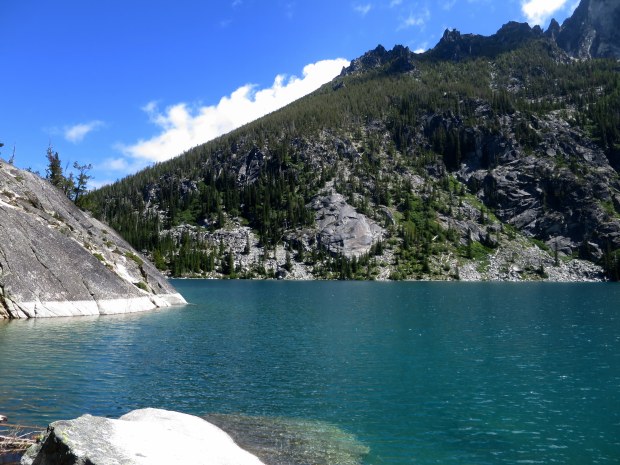 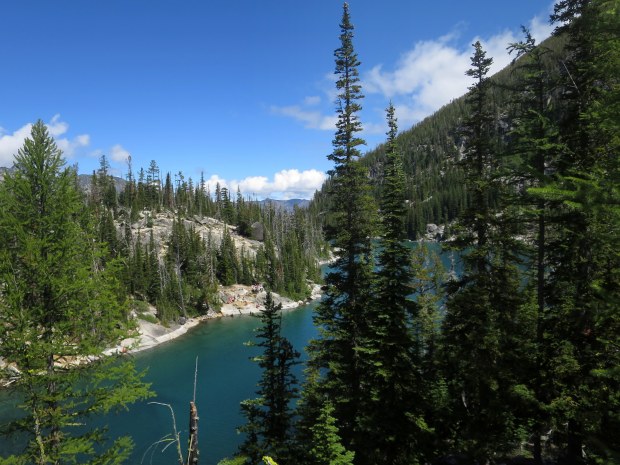 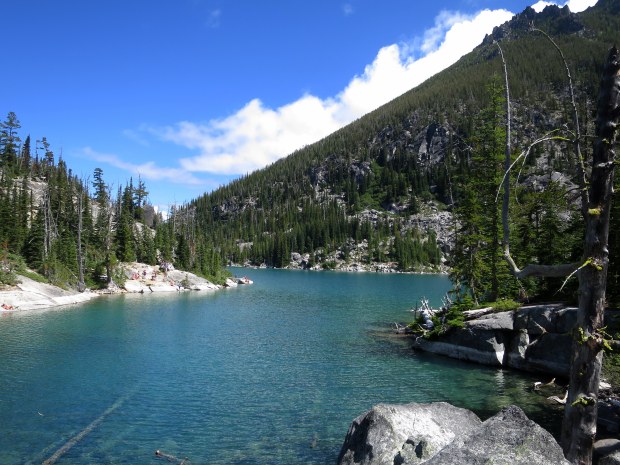 After Colchuck Lake we headed to the Seattle area to spend a few days with Tom’s sister Ann, nephew Frank, and nieces Laurel and Stephanie. We mostly spent time chatting, preparing meals, and commenting on the adorableness of Ann’s new puppy Theo (and Abby’s bemused reactions to his antics) but we also did a little touristy stuff such as walking through the fish market, riding the ferris wheel on Pier 57, and having a couple flights at Rueben’s brewery. You would expect I would have photos of these things but I am absolutely terrible at remembering to take pictures at gatherings involving people. I did get a few shots of the ferris wheel and a cute shot of Theo riding in Laurel’s lap in the backseat but absolutely nothing else. We had a great visit though – I swear – and I had the opportunity to eat some very delicious vegan chili and Panang Curry as well. 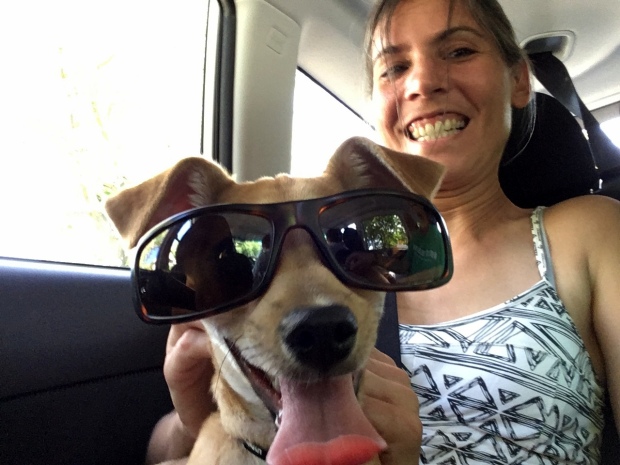 Also, because I was in Seattle I had the opportunity to visit my friend Andrew – though only briefly because he was involved with crewing for a couple swims that weekend. I was able to meet him for breakfast however over on Bainbridge Island. Yeah, no photos of this either, but I managed to take a nice shot of the sunrise from the ferry. 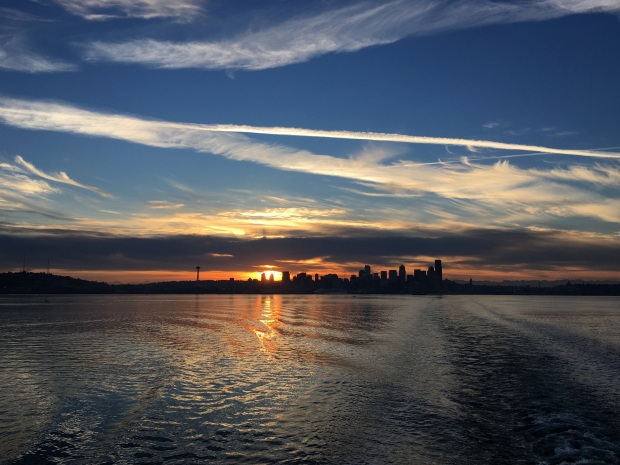