There are three short hikes in the beautiful First Left Hand Canyon though I had previously only done the Vermillion Castle Trail which is directly across the canyon from the mile-long Noah’s Ark Trail. Both these short routes lead you 800 to 1,000 feet up the canyon walls providing spectacular views of the red sandstone formations, the surrounding mountains, and Parowan Canyon. Since I had done one I hadn’t been in a rush to do the other, but it was the sudden recollection of the third trail – Henderson Hill – that prompted Tom and I to head out that way.

Henderson Hill is a 5 mile roundtrip trek up a rocky limestone side canyon filled with ponderosa and scrub oak. It turned out to be reminiscent of some other canyons we’ve hiked in and was actually more beautiful than we thought it would be. At about two and a half miles the trail ends at the foot of a long alpine meadow, though of course we didn’t stop there. Following drainages and cow trails and whims we continued up, crossing the open expanses and bushwacking through stretches of scrub oak at times, until we reached the highest point of Henderson Hill at just about 9,000 feet. From there we followed the ridge south/southeast towards Yankee Reservoir in an effort to get an overlook (didn’t quite happen) and then descended through pine and fir back to the meadow where we rejoined the trail. Unfortunately for photo-taking purposes the day was cloudy but this actually made for exceedingly nice hiking so no complaints. 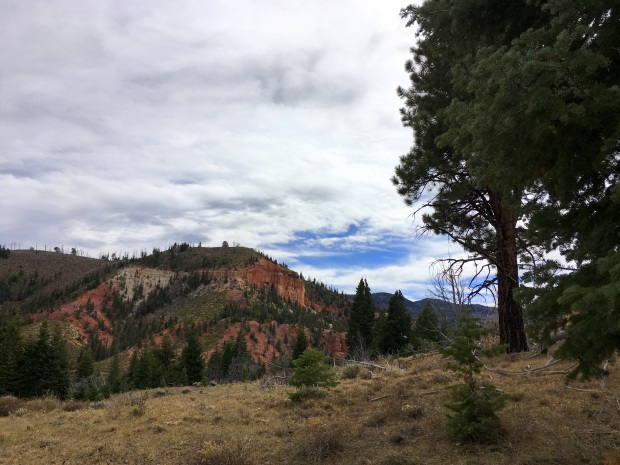 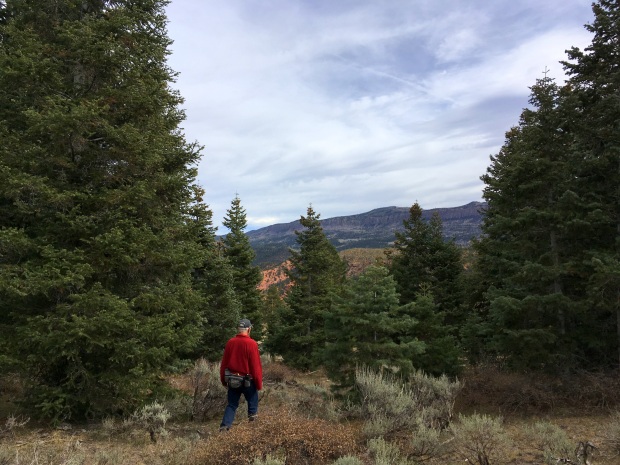 On the drive down canyon we decided to stop to hike the aforementioned Noah’s Ark just for the heck of it. The 2 mile roundtrip trail provided better views into Parowan Canyon than I thought it would have but the nicest thing about it were the upper sections of rocky slopes with manzanita and ponderosa pine. As you may or may not know, ponderosa pine is my favorite tree (just narrowly edging out my beloved aspens) so any hike with ponderosas is guaranteed to make me smile.

I was ahead of Tom on the ascent (who had been here before) and so I didn’t know the official trail had ended where it did which led me to hike an additional half mile and 400 feet in elevation following a footpath. I believe the unofficial trail continues up over the limestone formations at the top and can be looped back to the Henderson Hill Trail which is intriguing. In any case, we didn’t stay to find out – Abby was waiting for us at home and we hadn’t wanted to leave her for too long despite her being under supervision by our neighbor. 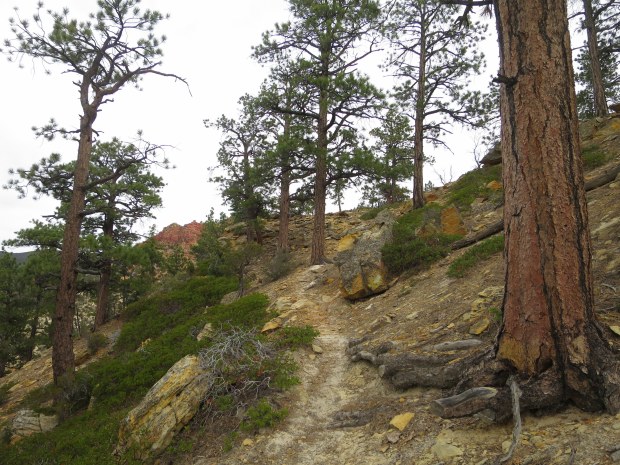 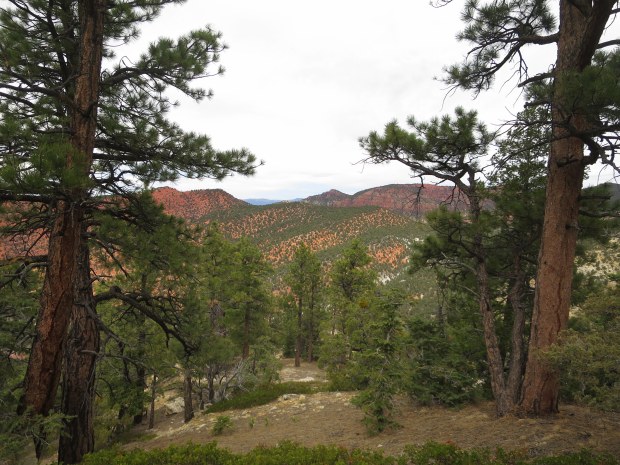 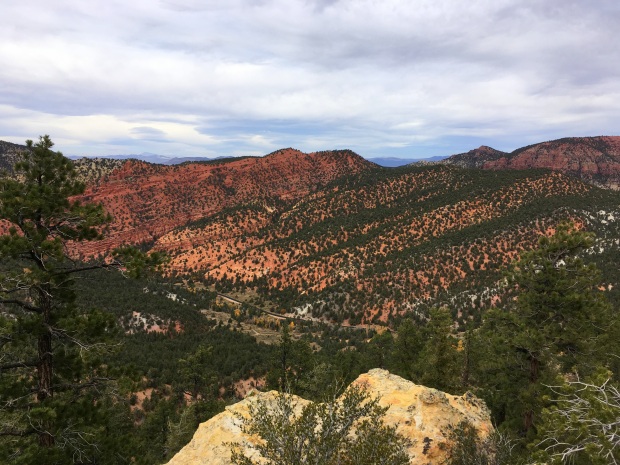