Hiking in the Santa Rita Mountains and at Patagonia Lake, plus a Tour of the Mission Copper Mine

After our visit with Tom’s daughter and family in Orange County ended we had about 5 days in which to travel to Las Cruces, New Mexico for the start of our Habitat build so we decided to spend 3 nights about halfway in between, just south of Tucson. Of course we made an obligatory afternoon stop at Dragoon Brewing Company however; their IPA was just as delicious as I remembered it and the sample I tried of their double rye IPA was fantastic (but too alcoholic for an afternoon pint).

Anyway, we had previously decided that at least one of our days in the area would be spent hiking from Madera Canyon in the Santa Rita Mountain Range of the Coronado Forest. We parked at the uppermost parking area intending to hike one of the two trails that led up the mountains but found both closed due to recent aggressive bear activity. I happen to be slightly terrified of bears but we um, explored a bit anyway. We then chose to hike one of the other 2 trails that led from the same area (but in a different direction and up a different canyon that apparently the bear had not been spotted in). True to the way we do things, neither of us really gave the map more than a glance, stated a desired mileage goal, nor decided which way we were going at the trail junctions so we were surprised when the people we met on the trail informed us we were on the Carrie Nation Trail and that it ended at a mine. Well, okay then.

After two miles and about 1,200 feet of elevation gain along Madera Creek we arrived at a rusted old mining boiler and some other unidentifiable oxidized things; a couple hundred feet beyond we spotted the old mine entrance. From here we had some promising views up the canyon and decided we should probably continue on to see what that was about. Characteristically, we continued scrambling higher and higher on some very steep unofficial trails for another mile and a few hundred feet of up before calling it quits. We did get a couple nice views down canyon, but nothing really of the higher mountain peaks. All in all, our excursion was fairly pleasant, offering a shady-though-steep climb accented by the bright yellow leaves of the Arizona Sycamores, but I think the real appeal of this area is likely in the closed trails that lead to the saddle and beyond. 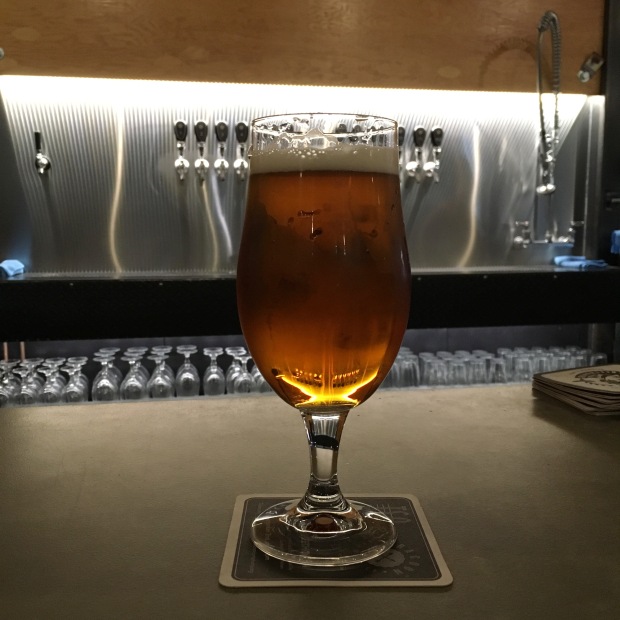 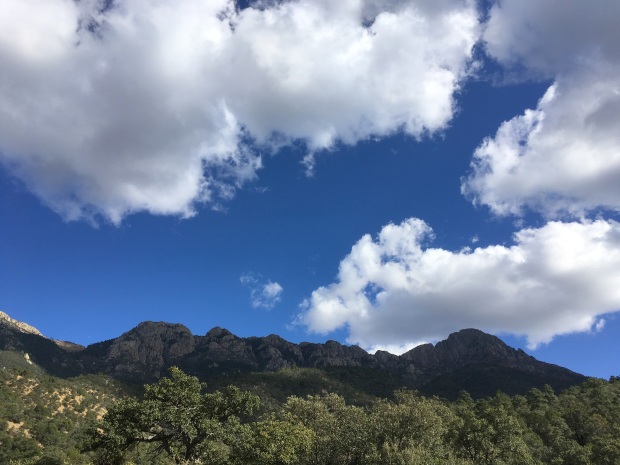 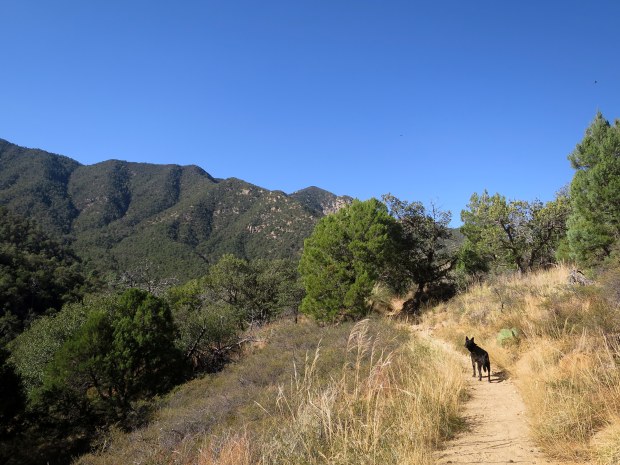 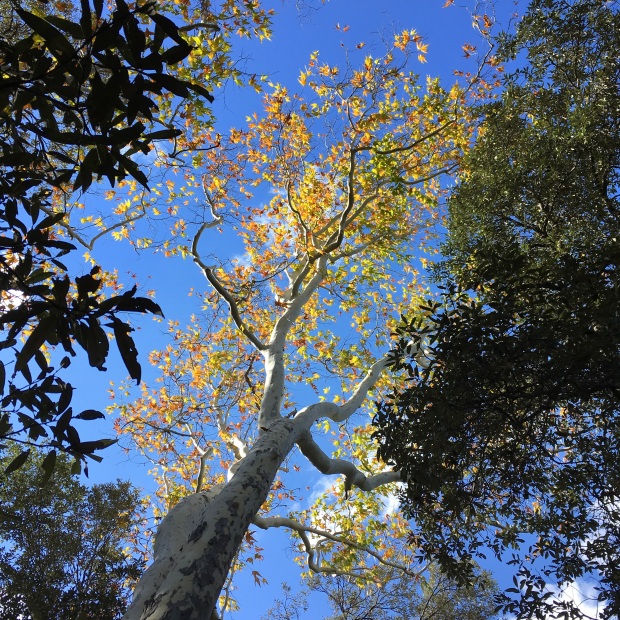 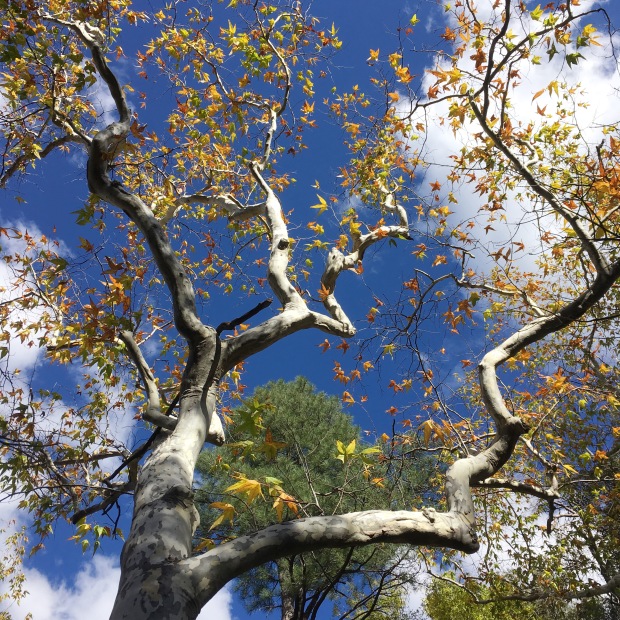 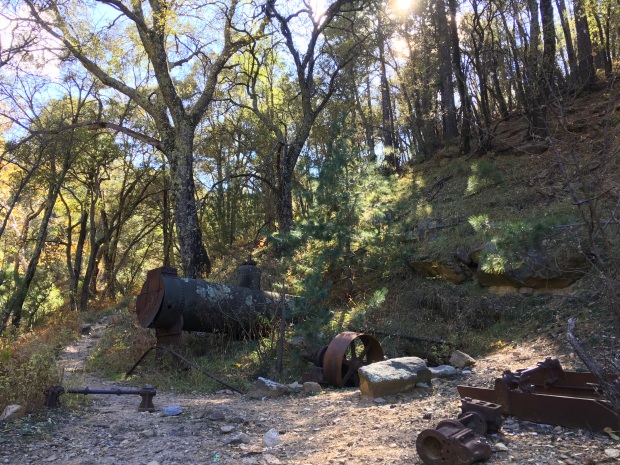 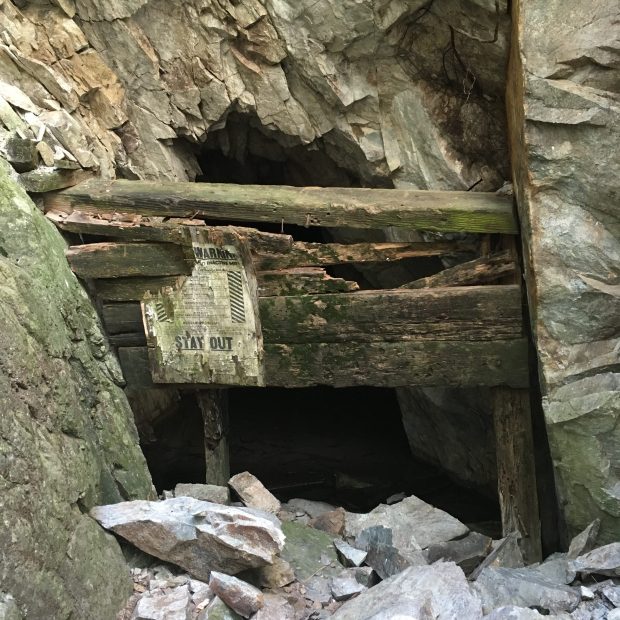 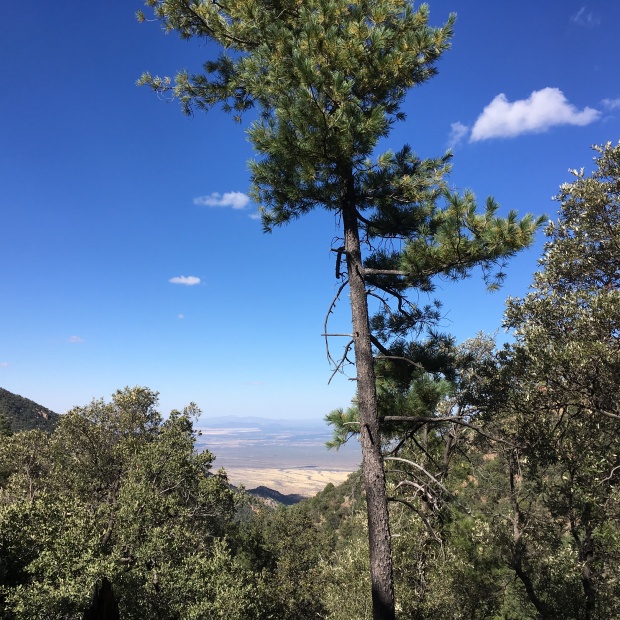 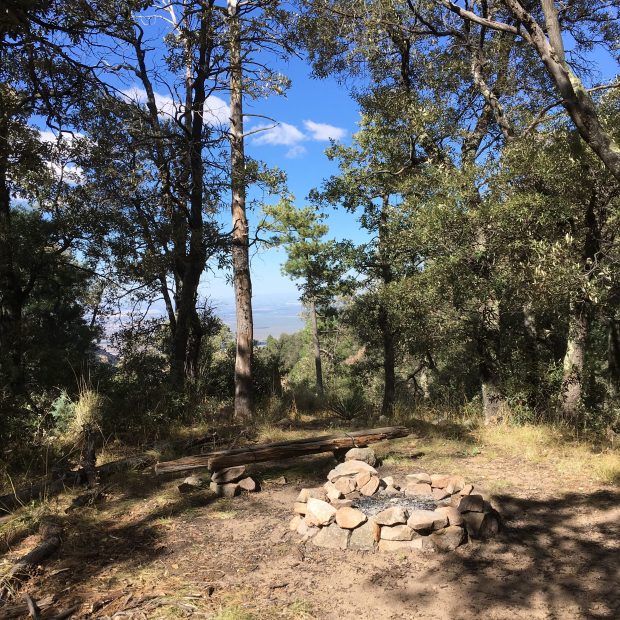 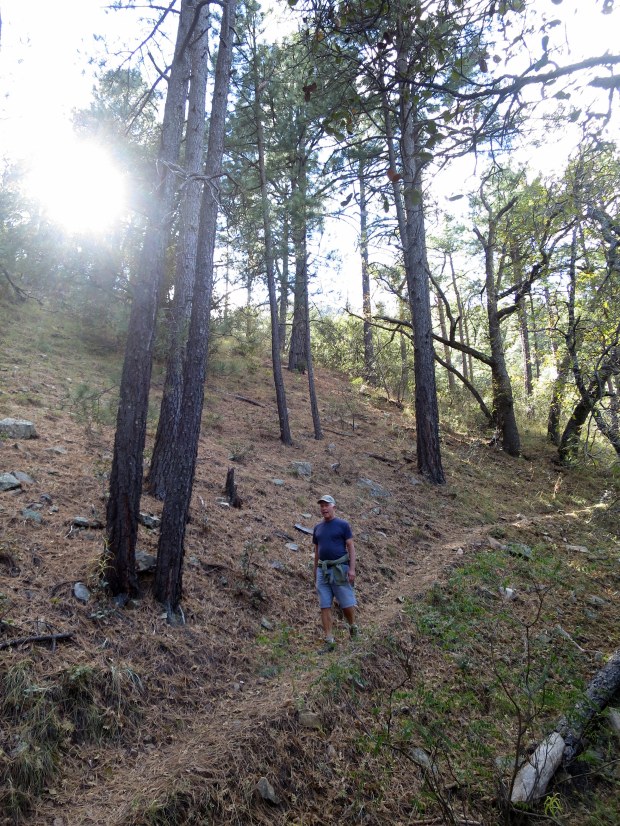 We started the following day with a tour of the 1,200 foot deep, 40 acre, open pit Mission Copper Mine. Run by ASARCO, the mine produces up to 133 million pounds of copper a year, which is incredible since the rock material here contains only 0.6% copper. Massive 320 ton dump trucks are loaded and driven in and out of the pit 24 hours a day at the mine, carrying the rock that is then sent through a crusher and ground into gravel-sized chunks. From here it’s pulverized into a powder inside ball mills (which break it up using 3 and 6 inch balls) before it is dumped in flotation tanks where the copper reacts with substances such as lime and pine oil and separates from the waste material, or tailings. The copper concentrate is then collected, dried, and sent to off-site smelter and refiner. The tour provided us with an overlook of the mine pit as well as a visit to the South Mill where we could view the balls mills and see the copper rising in the flotation tanks, all of which was pretty neat.

Tom and I had had the privilege of visiting the gold mine where his niece works in June so we were already familiar with many aspects of mining including the scale of operations and the size of the machinery needed to remove and process such great quantities of rock material, but it was really interesting to see a different mining operation and learn about the process of copper milling. I have also been interested in copper mining since visiting Keweenaw National Historical Park, which preserves the history around the rise of mining that fueled the growth of electricity, the automobile, and modern appliances. Today copper remains even more of a necessity to our modern daily lives: Fertilizers, construction materials, air conditioners, refrigerators, cars, computers, and more would not be possible without the mining of copper. Our way of life would be unrecognizable without it.

Despite our need for the mineral, the mining process undoubtedly scars the land. We humans have been modifying our environments since our species developed, but our capacity to act upon our natural environment has reached staggering levels, as demonstrated by undertakings such as open pit mining which literally reshape landscapes. It is hypocritical to think any of us can live without an impact on the planet but operations of this kind of scale are obviously of great concern. Thus I was interested in learning more about mitigation and reparations made to land during and after mining is done in an area.

Methods vary from place to place but basically, tailings (composed of rock material from which the copper has been stripped) at ASARCO copper mines are deposited and regraded, after which reseeding occurs. Regeneration in environments such as desert occurs fairly quickly using this model. Experiments with herds of cattle (called “ASARCows”) also have occurred in the past as a method of reclamation, wherein the organic matter such as hay is deposited over a concentrated area for the cows to eat and then create waste. The waste and leftover hay functions in creating new soil which acts as fertilizer for seeds while the hoof action of the cattle break up and aerate the tailings. This concept seemed very close to managed intensive grazing, an idea I learned a little about from my WOOFing experience, and really interested me but our tour guide didn’t have much information on the status of the program except to say that cattle owned by the Tohono O’odham Nation are frequently grazed here. Because of the labor involved in rotating cattle and the large areas of tailings I am guessing the ASARCows didn’t prove to be economically viable. 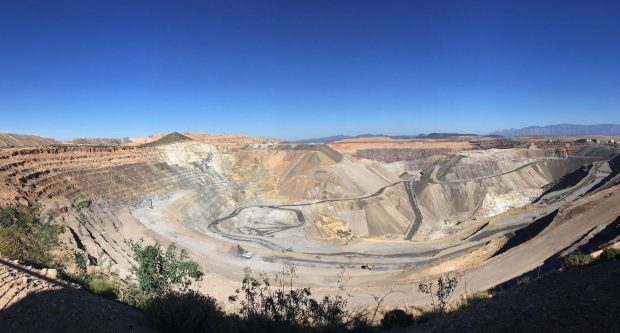 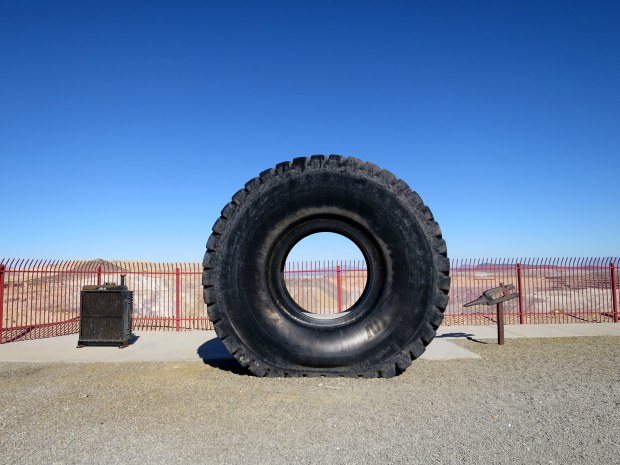 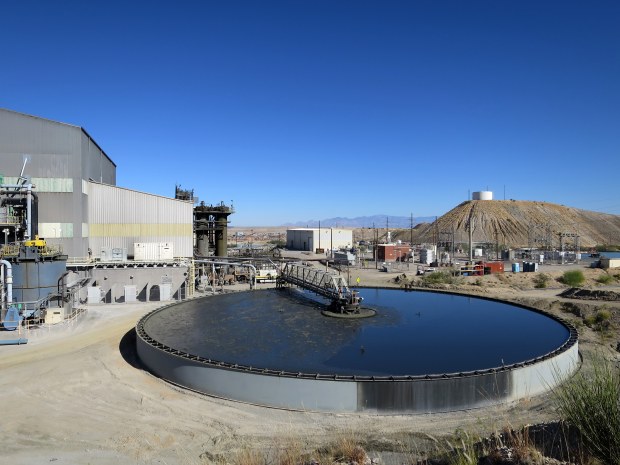 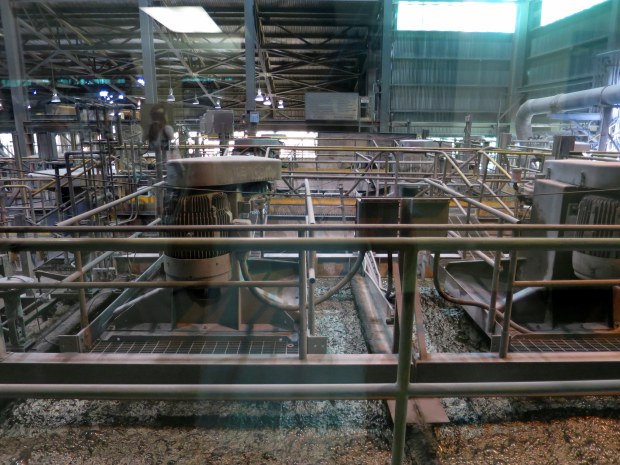 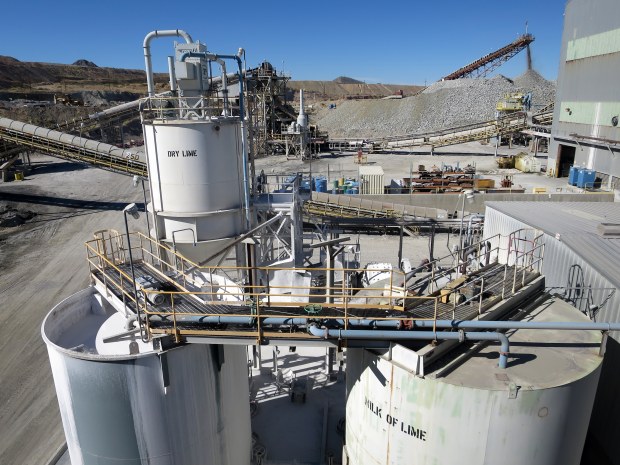 In the afternoon we decided to take an exploratory drive and ended up stopping at Patagonia Lake State Park. I want to mention that our visit to this part of southern Arizona was an altogether surprising experience: from the trail closures due to aggressive bears to the substantial amount of poison ivy encountered (in both Madera Canyon and around the lake) to the sizeable Patagonia Lake nestled in the rolling hills of grassland less than 10 miles north of the Mexico border. Tom recalled reading last year that the lake was ringed by a footpath so we started on that. At some point we somehow left the official trail which resulted in a lot of bushwacking and some soggy feet but we did get a nice view after scrambling up a hill side at the north end of the lake. 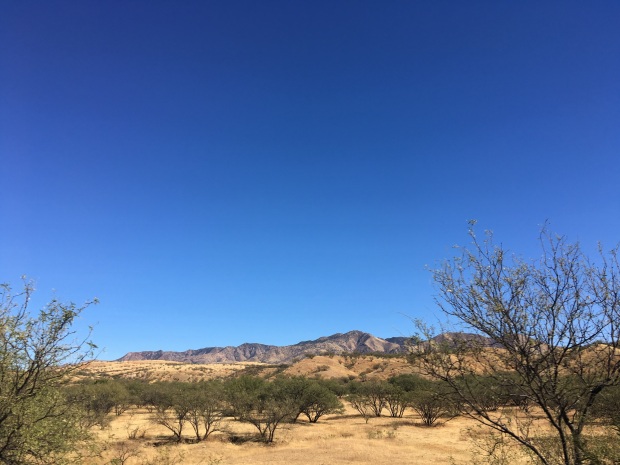 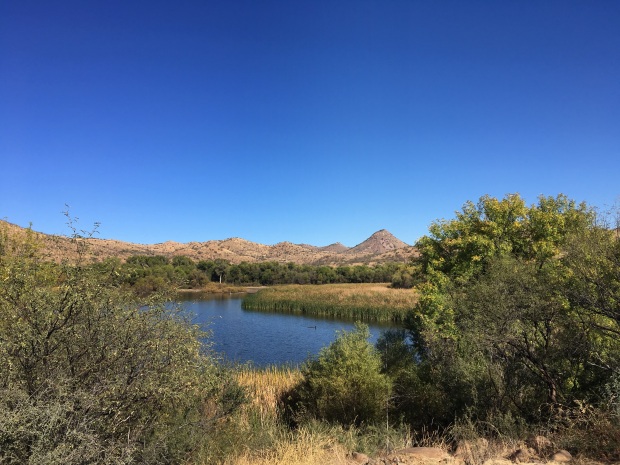 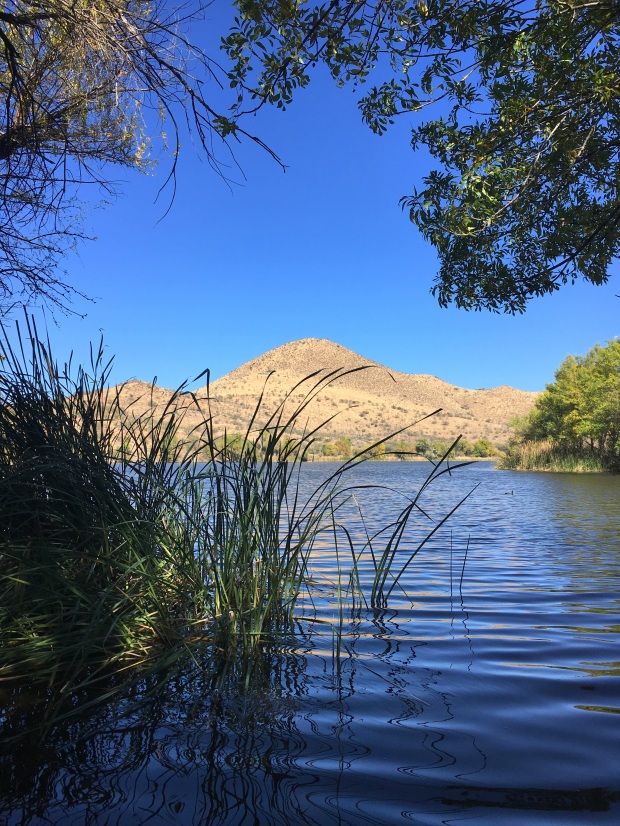 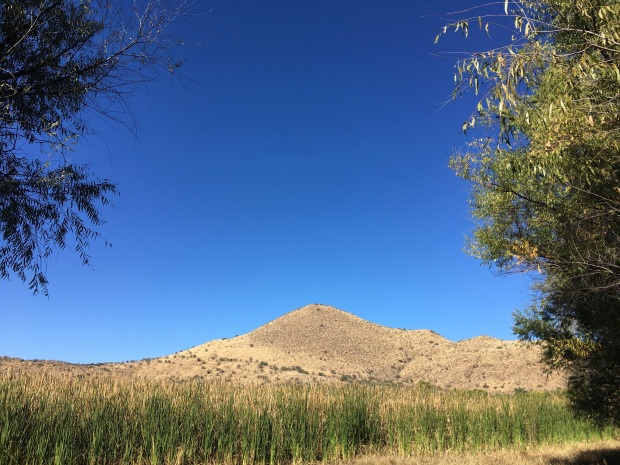 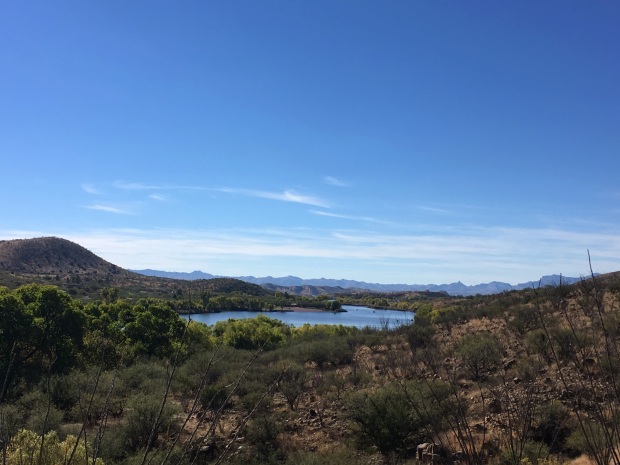