During our days off from building in Libby in July Tom and I explored another section of the stunning Cabinet Mountain Wilderness in Kootenai National Forest, this time hiking the Geiger Lakes Trail. Leaving from the Lake Creek Trailhead, the route to the Upper Lake is a little more than 6 miles and 1,700 feet in elevation gain. The trail then continues another 1,000 feet or so up to Lost Buck Pass – though we opted not to make the additional climb due to fatigue and high temperatures.

We began early to beat the heat and began the steady ascent through lodgepole pine, crossing Lake Creek, and into the mixed forest that rose above the bottom of the valley. After 2 miles we had begun our final approach to the lower of the lakes when we decided to duck down a footpath to the creek for dog-watering and curiosity purposes. It was here that we stumbled across what was arguably the best view of the hike: the rushing waters of the creek draining Lower Geiger Lake, perfectly framed by the tall conifers and craggy peaks of the Cabinet Mountains.

After wandering around and taking possibly too many photos we rejoined the trail. And continued the relentless ascent. After the 4th or 5th switchback we began to see the granite peaks over the treeline again and soon we found ourselves with incredible, full-length views over the deep blue Lower Lake as we continued south. We then switchbacked up past the trail junction of the Fourth of July Trail through increasingly arid forest until we arrived at the spur trail down to Upper Geiger Lake. We did a little grumbling as we realized we’d be losing 200 or so feet of hard earned elevation on the drop down to the lake but the real grumbling commenced when we began being swarmed by clouds of mosquitos. I do not exaggerate with the use of the words “swarmed” or “clouds.” We charged ahead, swatting wildly, only to get to the lake and realize the storm clouds rolling over the pass had darkened the view. We spent less than 3 minutes snapping pictures and quickly canvassing the shoreline while Abby frantically attempted to eat the flying insects assaulting her before we turned around.

Even after we managed to get out of range of the mosquito convention our descent was hastened by our desire to return to the trailhead before the last couple miles became too hot. I managed to find another pretty angle of Lower Geiger Lake looking to the northeast as we walked it’s length a few hundred feet above the shore, though increasing cloud cover darkened this photo too. The graying skies did enhance the inky blue color of the water however which I wasn’t able to capture in my previous shots.

The rugged appearance of the mountains and the remote feelings of the lakes made me want to spend more time in the Cabinet Mountains Wilderness, but I am extremely grateful we had the time we had and the opportunity to do both this hike and the one up to Leigh Lake. I do intend to revisit this part of the country again – and would love to help build more houses in the Kootenai Valley – but the raw beauty of the mountains here made me wish we could have stayed longer. 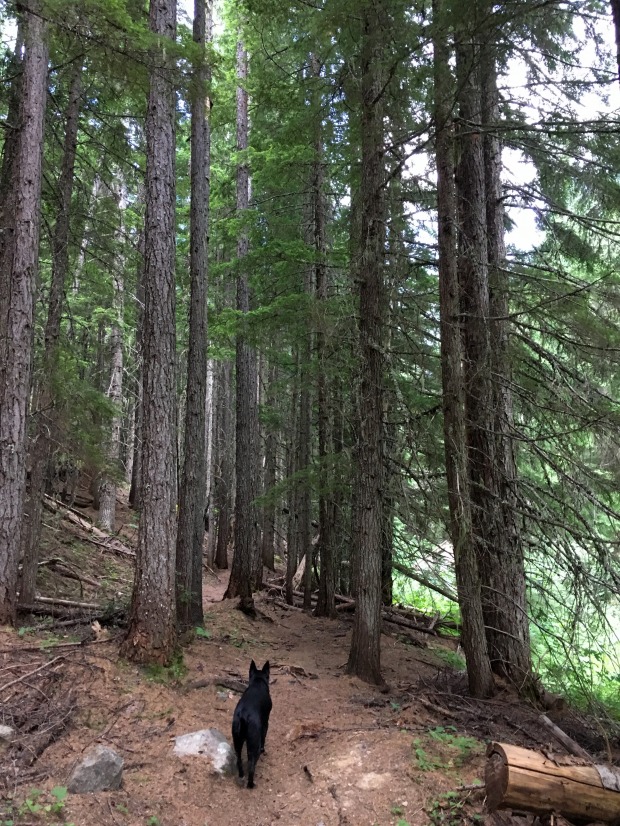 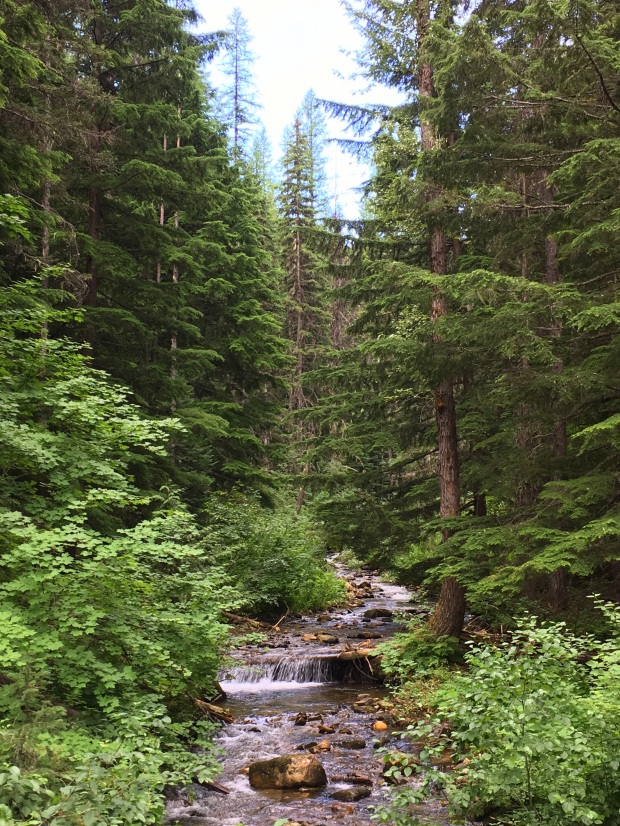 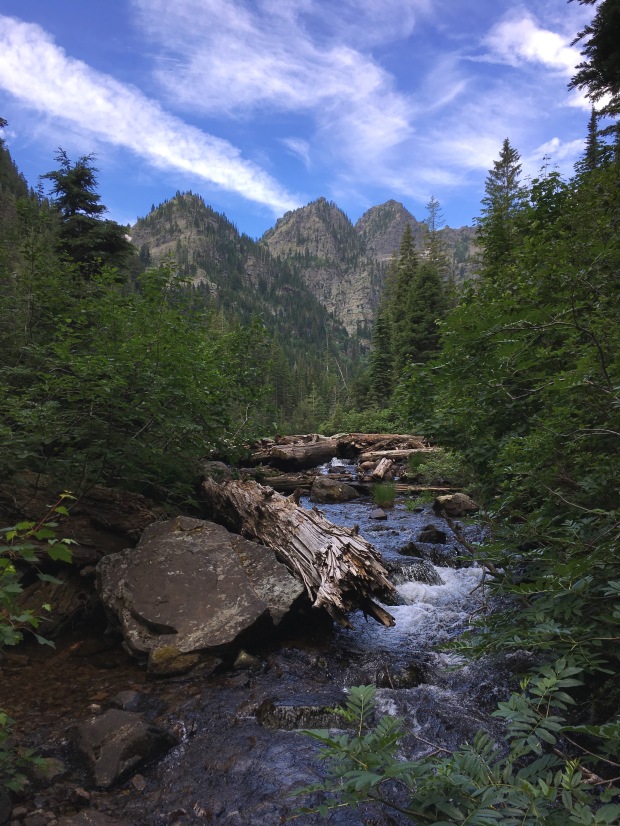 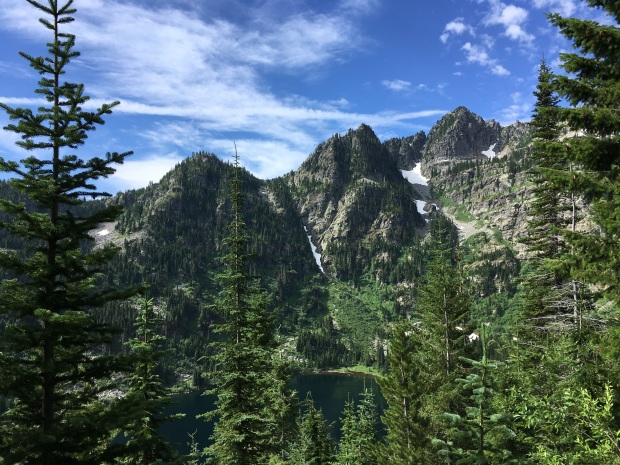 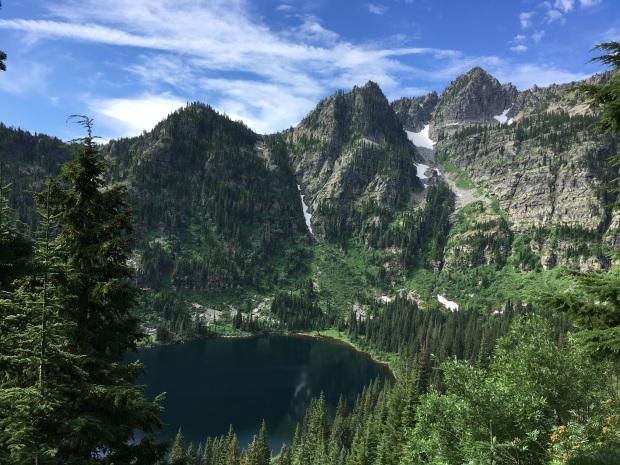 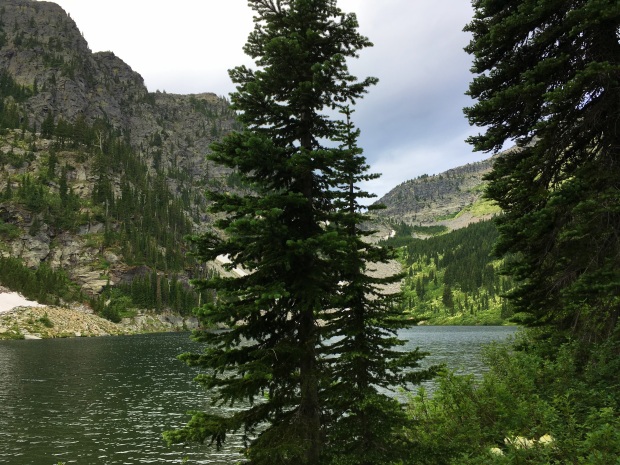 ← Bighorn Sheep, Eagles, and More of the Wondrous Kootenai River
Building with Idaho Falls Area Habitat for Humanity in Rexburg →

8 thoughts on “More Beauty in the Cabinet Mountains Wilderness: Hiking to Geiger Lakes”