I admit to being a bit bummed that we’d be missing the Oktoberfest at Brianhead this year so I was excited when our friend Lori told us that our time in Utah would coincide with the Brews, Blues, and BBQ Festival there. So less leiderhosen and yellow aspen but same live music and availability of draft beer.

Tom, Terry, and I agreed on a short hike before the afternoon of lounging and decided to spend a couple hours walking around the Twisted Forest, an area on the rim of Cedar Breaks that features gnarly bristlecone pines. This exposed, windy spot consists of fractured limestone pieces rather than soil; consequently it is only the hardy bristlecone that can manage to survive in this harsh environment.

Unfortunately, the day of the event turned out to be quite stormy, with banks of dark thunderclouds and rain. We proceeded with our walk anyway, getting a bit wet in the process as we took a new route that led under a ledge where rainfall was falling over our heads. After scrambling back up to the plateau we turned west away from the line of storms and climbed up towards the rim. The views over Cedar Breaks were spectacular as always and I was game to continue walking the rim for awhile but a new line of storms appeared accompanied by loud thunderclaps so we decided to descend back to the safety of the car.

We then slid back down the forest roads towards Brianhead and the promise of music and beer. The following hour was filled with rain showers but towards mid-afternoon the sun began peeking out and we set up our chairs next to the fire pit to listen to the always-entertaining local band Full Tilt Boogie. Our friend Lori was there with a couple of her friends too which was an added bonus.

Though it was a bit wetter and colder than we’d anticipated I thoroughly enjoyed the day of walking around followed by music and beer among friends. An impromtu stop on the way back at a meadow blooming with wildflowers made for a magical ending. 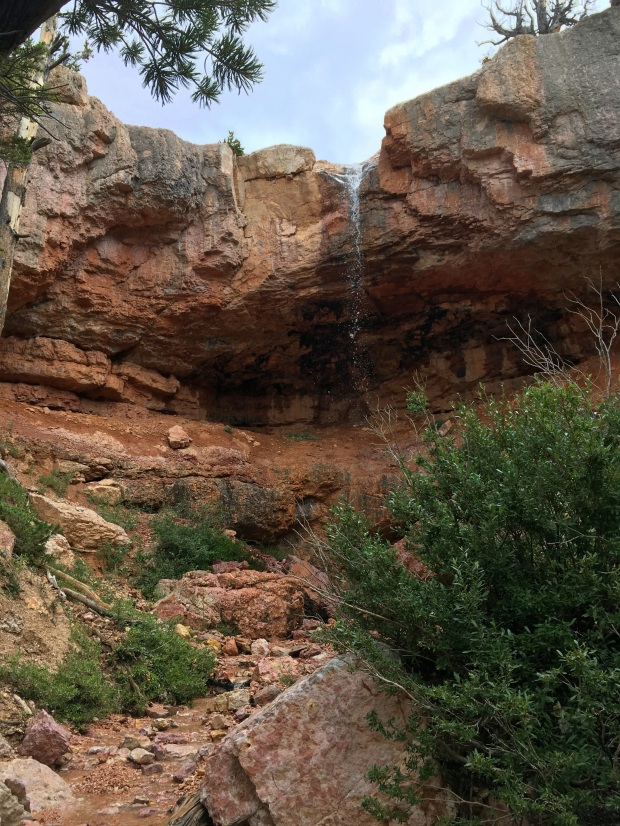 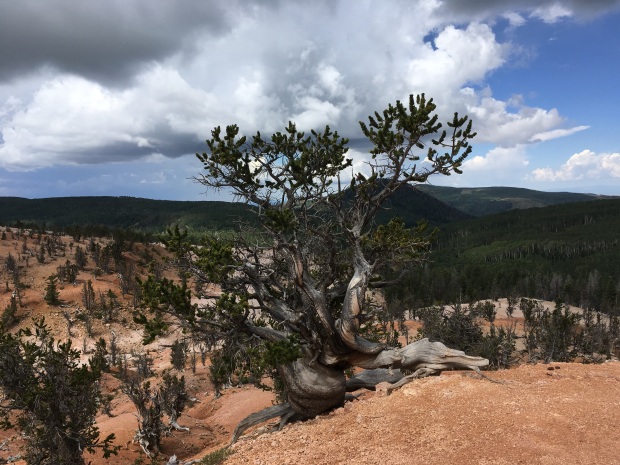 ← Overlooks and Forest: Hiking the Virgin River Rim Trail
Hitting Up My Favorite Hike in Utah →