A Second Attempt at the Skyline Trail

The 8.3 mile one way (16.6 mile round trip) Skyline Trail was one I partially did in September 2015. Due to a combination of factors I was unable to do the whole 16 mile out and back but I fell in love with the views and promised myself I’d come back to complete it. Unfortunately, mid-September snowfall last year closed the road to the trailhead for the rest of the season and so my plans were thwarted yet again. I vowed to return this year however. Though we weren’t going to see any of the stunning color changes that I’d seen 2 years ago I lobbied hard to convince Tom and Terry that we should go – this time with 2 vehicles so we’d be able to hike 8 miles instead of 16 and shuttle back to our vehicle.

On my previous attempt I’d started at the Big Flat because the car I owned at the time would not have made it to the other trailhead, but since we had a 4wd vehicle with us I opted to start us at Big John Flat since I thought it would be less uphill towards the end of the hike. What ends with less uphill however starts with more uphill, and there was some grumbling as we began a fairly decent ascent right out of the gate. The switchbacks were relatively short lived though as the trail up forested mountain broke out onto a ridge. From here forward we had open views of the high peaks of the Tushar Mountains all the rest of the way.

The trail mostly crosses the bare peaks and meadows, punctuated with pockets of trees around the valleys and drainages. For the most part however you are crossing open land – land that happens to be the highest points in a 50-mile radius. The views are spectacular. I am addicted to the feeling of being on the top of mountains, as well as looking down on my surroundings, and so the opportunity to walk along the highest mountains for miles is something I find utterly intoxicating.

The only real problem was that as we neared the halfway mark dark clouds came rolling over the horizon from the east. We figured on getting rained on at this point but we were not prepared for the abrupt drop in temperature followed by the quick uptick in wind speed. Nor did we anticipate the unholy hail storm that was unleashed on us. We kept going for 10 minutes as the hail grew larger but we agreed that it was a safety issue to continue progressing east into the storm as the weather grew fiercer. Exposed as we were at this altitude it was just not a good thing, and so with a slightly heavy heart we turned around, just short of where I turned around from the other direction last time.

I have no regrets about our decision to return to the trailhead we’d departed from rather than continue to the end – I believed it to be the closer exit and the one that was more downhill of our present location in addition to being in the opposite direction of the storm – but I am a bit sorry I still haven’t been able to finish the hike. I’m thinking third time’ll be the charm. I have a great love for this trail – the views, the peaks, the meadows, the streams – and I am looking forward to another opportunity to walk it.
Finally, whatever disappointment I had about to getting to spend more time on the trail was at least partially offset by the herd of 31 elk we spotted from the car. Incredibly they were not only unperturbed by our driving past but also totally at ease, as demonstrated by the spike (yearling bull elk) prancing in a small ephemeral pond for a few minutes. I wish I could have taken a video for you all to see but he was just out of the range of my phone; it was something quite special, watching him frolic and toss his budding antlers around. 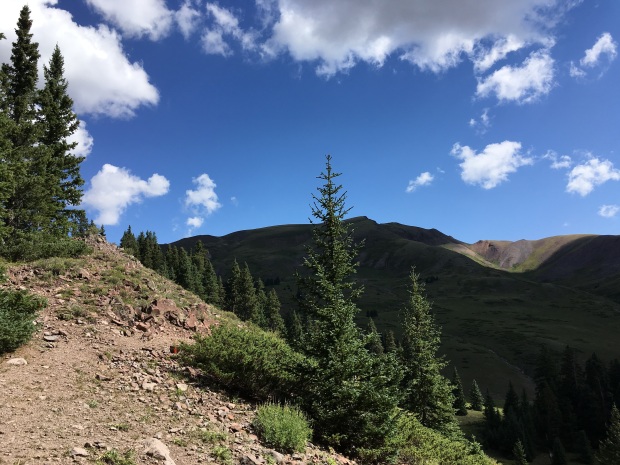 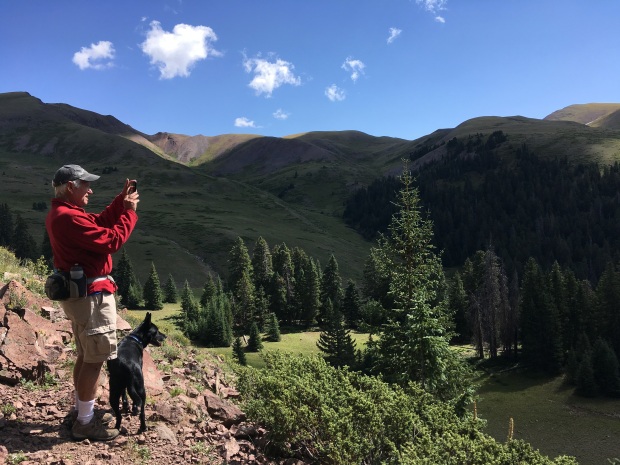 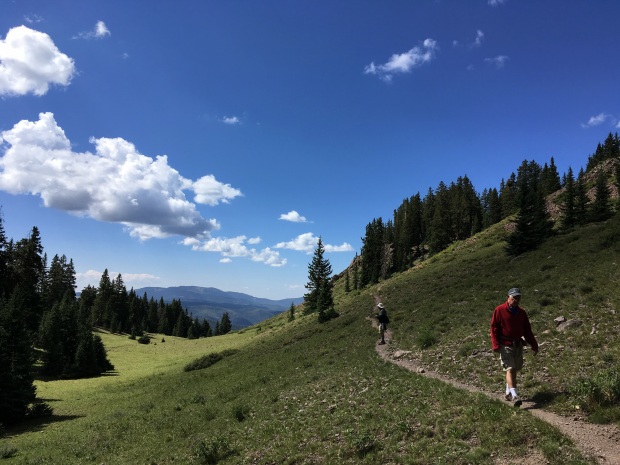 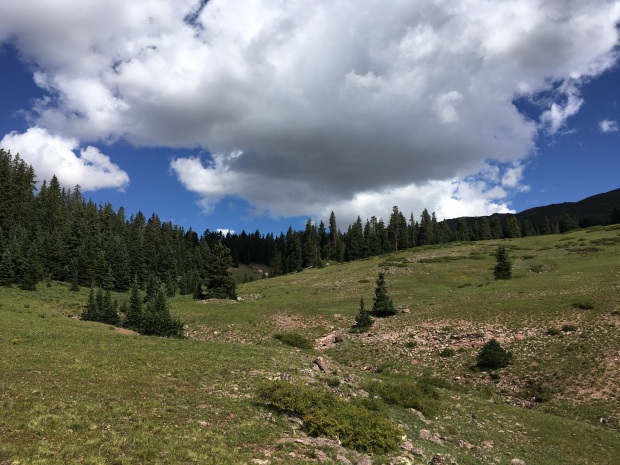 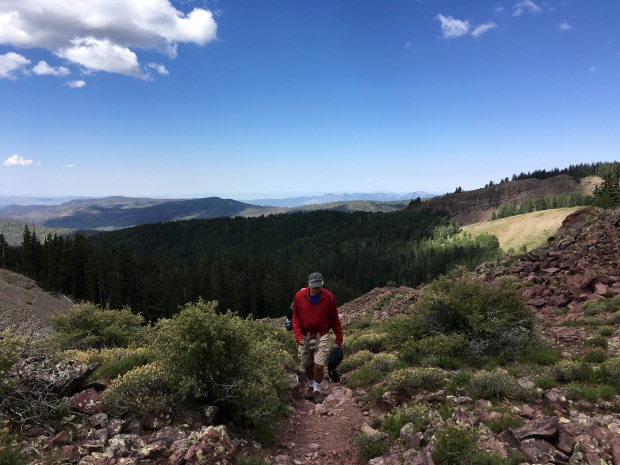 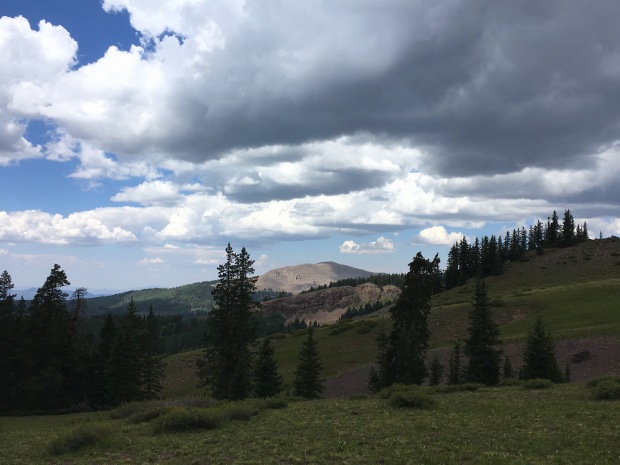 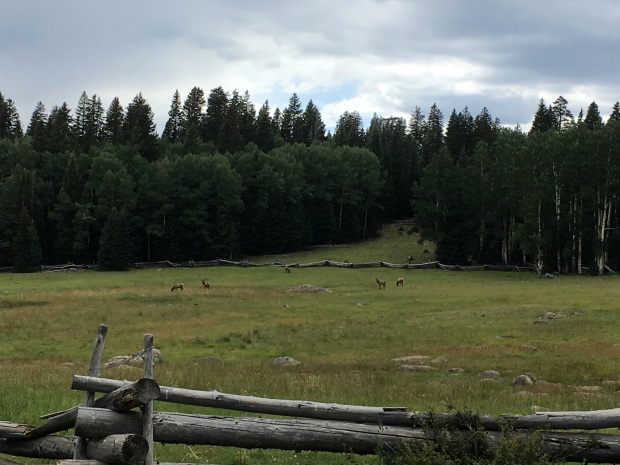 ← Hitting Up My Favorite Hike in Utah
Trying to Climb to the Top of Things: Another Run up the Whipple Trail →

11 thoughts on “A Second Attempt at the Skyline Trail”