New-ish Scrambles Around Soledad Canyon, and Abby Asserts Her Independence

On one of our first weekends, Abbs and I went to do some scrambling in the Organ Mountains. Seeing as we’ve hiked all the official trails in the mountain range numerous times (except for those in Dripping Springs Natural Area, which prohibits dogs) I was looking for something new – and it occurred to me that we’d yet to do the scramble above the waterfall in Soledad.

Well, as of this writing we’ve yet to do that scramble, but we had a nice outing nonetheless.But let me start from the beginning: I knew the wind was scheduled to pick up and with that in mind, we left pretty early. Wind in southern New Mexico is a very serious thing; both I-10 (which runs east to west) and I-25 (north to south) regularly have closures due to dust storms. Literally, there will be ZERO visibility, and cars will have to stop and wait it out. So wind warnings are to be watched, even if was only forecasted to 30mph sustained with gusts 50+mph.

We arrived at the trailhead for Soledad Canyon before 8am with winds already blowing fairly steady and walked up the mile and half to where the canyon dead-ends at the waterfall. Sometimes the water dries up completely but that day the runoff was trickling over the granite and icicles drooped from some of the larger rocks. I began my climb up the north side and Abby followed me until she reached the first flat spot, whereupon she stopped and watched me ascend. This is not unusual for her; despite spending much of her life in southern Utah, Abby just doesn’t care much for canyons. Tom thinks it’s because there’s nothing of interest for her, nothing to smell, but I have a theory that Abby is actually a bit claustrophobic too. Either way she’ll’ frequently wait to see if we change our minds before following us further. Once I’d reached a secure spot I called her and watched as she paced, deciding her route. She wasn’t happy. I called her name again and when she looked at me, pointed out the semi-hidden ledges I knew she’d be able to use. She paced, looked at me, and whined. Normally I’d continue a bit further and assess whether it was worth it before calling her again but it was at that moment that I realized I actually didn’t feel like climbing much either. So okay Abbs, you win.

We did attempt another route but that one got brushier the higher we went and with cactus poking us, I called off the scramble. Retreating back down canyon we veered off on the path that led to a stone house; from here I knew we’d have a steep – but walkable – ascent up to a saddle. The three of us had taken this route a couple years ago and I remembered I’d been eager to continue the ascent up the Organs when we stopped. Now seemed like a good time to continue that exploration so we began the climb, Abby happily bounding up the game trail, sniffing mesquite and cactus. We made the saddle in good time and were greeted with a ferocious wind, but saw no reason to stop just yet. We continued upwards,weaving around prickly vegetation and climbing up granite boulders for almost another mile (which took us 30 minutes) until we reached a narrow, exposed ridge that accessed the higher peaks. The wind by that time however was gusting strong and I called Abby over to re-assess while I sat and looked for an alternative crossing. After a minute of contemplation I saw no other options so I told Abby to follow me and began retreating downhill… except Abby thought we should definitely keep going. I called her again and watched as she looked at me, looked up, looked at me again, and waited. As in, “Are you sure you don’t want to keep going???” I was pretty certain we’d get blown straight off that ridge if we tried crossing so I called her again and turned my back to continue walking, knowing she’d eventually follow – which she did. A minute after she caught up and roared passed me I saw her careening down a steep slope, tail wagging, happy as can be. She’s certainly not one to hold a grudge. I’d a taken a picture of her pure delight – except I was using both hands in an attempt to not fall off the damn mountain. 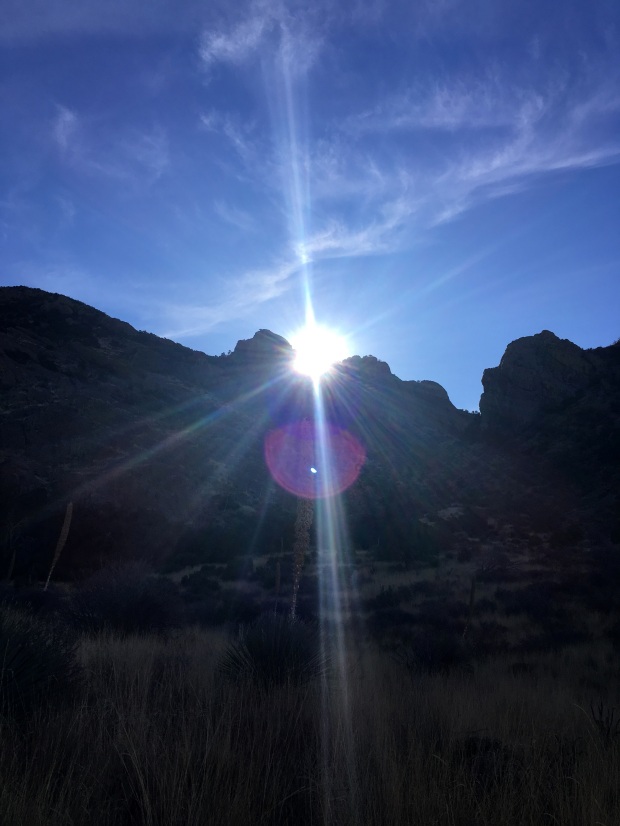 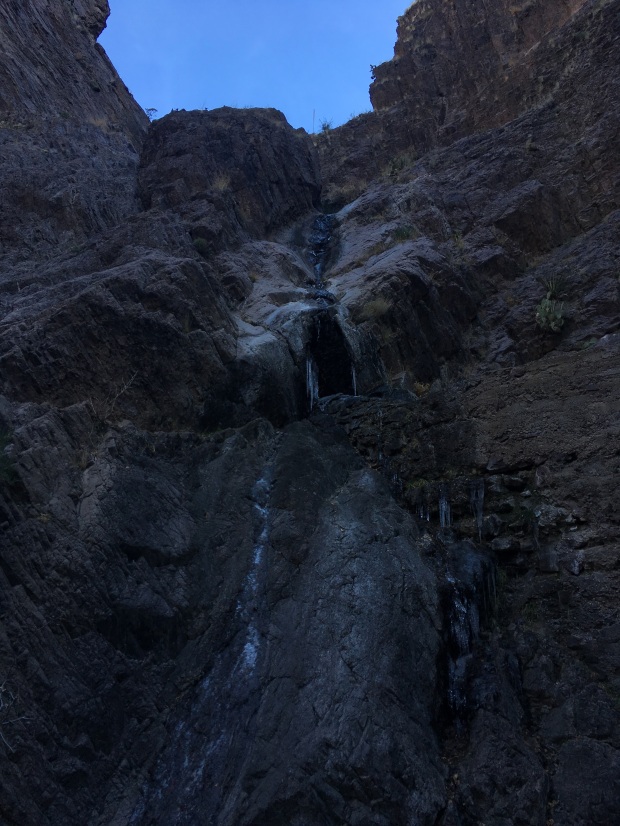 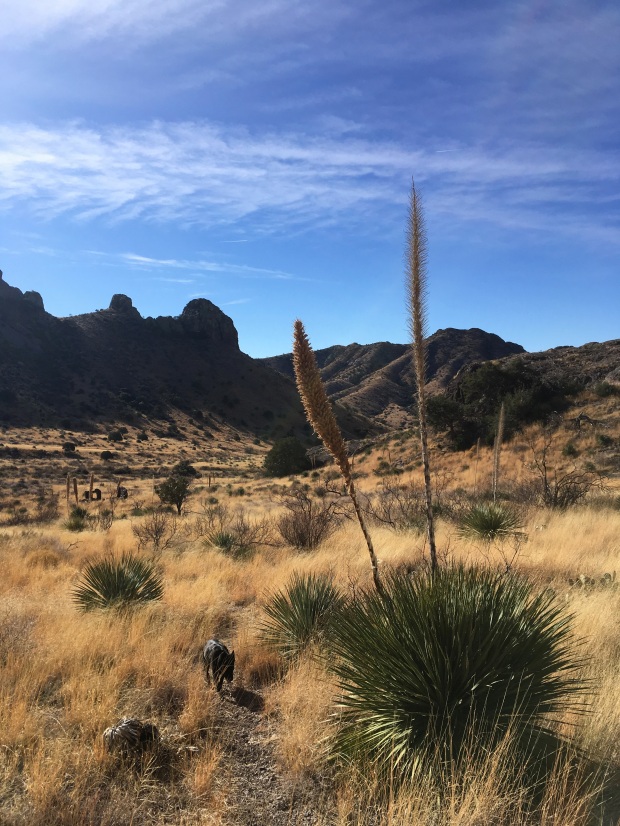 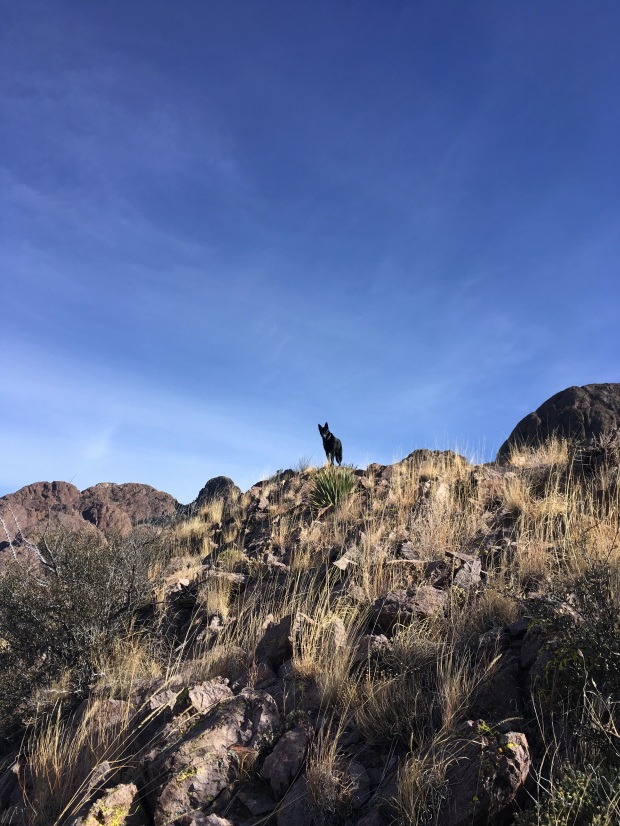 4 thoughts on “New-ish Scrambles Around Soledad Canyon, and Abby Asserts Her Independence”