I happen to love boat rides. Plus I’m fascinated by underwater archaeology and seeing shipwrecks. And – as I mentioned in my last post – I was very much looking forward to experiencing the saturated cerulean water color of the water in the Georgian Bay. So, once it came to my attention that I could take a ride on a glass bottom boat in the bay over shipwrecks to the stunning Flowerpot Island where we’d be able to hike along the colorful coastline, I knew it was a must-do.

Our morning started with the early boat leaving the tip of the Bruce Peninsula to Flowerpot Island, located within the boundaries of Fathom Five National Marine Park. I selected the boat ride with the most time spent exploring shipwrecks so we spent more than a half hour making lazy circles over the wooden remains of early 20th century vessels in Tobermory Harbor before crossing the 6.5km to the island. Honestly I could have stayed on the boat all day, watching the wrecks appear barely a meter beneath the hull and then rotate out of view; it was mesmerizing. I decided I would have loved to (at least) snorkel in the bay should I ever return.

Too soon however we were speeding out of the harbor, past the lighthouse, and across the open water towards the most well-known of the islands in the marine park, famous for its 2 flowerpots, or sea-stacks as they’re more commonly referred to in the U.S. These formations, caused by the fracturing of sedimentary rock once a part of the mainland and the resulting erosion through wave action, are an impressive sight to behold. Even though I’ve seen these types of vertical stacks elsewhere, I found myself awed as we began our circumnavigation of the island along the park’s trail system. Just as beautiful to me however were the large slabs of rock lapped by the light blue waters of the shallows; all three of us enjoyed climbing around on these on our many off-trail side trips, though I think Abby was most enthusiastic due to the abundance of drinking water.

Because we started walking the loop trail on the island counterclockwise to see the flowerpots first our last couple kilometers were mostly through forest, thick with birch and pine. Though characteristic of the Lake Huron region, the trail was quite lovely, and provided a chance to stretch our legs before returning to the boat and crossing back to the mainland. We also got the chance to walk up to the steel tower lighthouse. Finally, once we disembarked at Tobermory we finished our day with a couple pints and some food at Tobermory Brewing Company where I – fittingly – enjoyed the Fathom Five Porter. 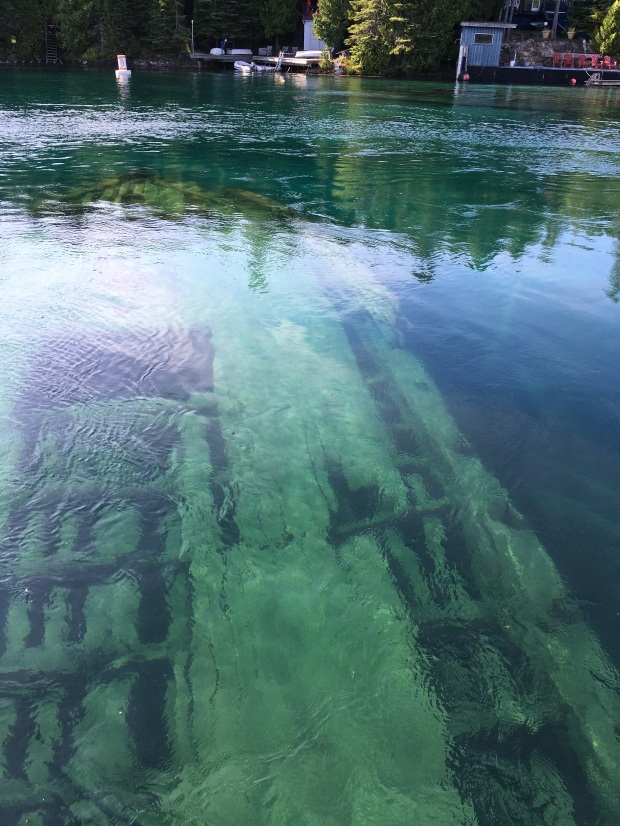 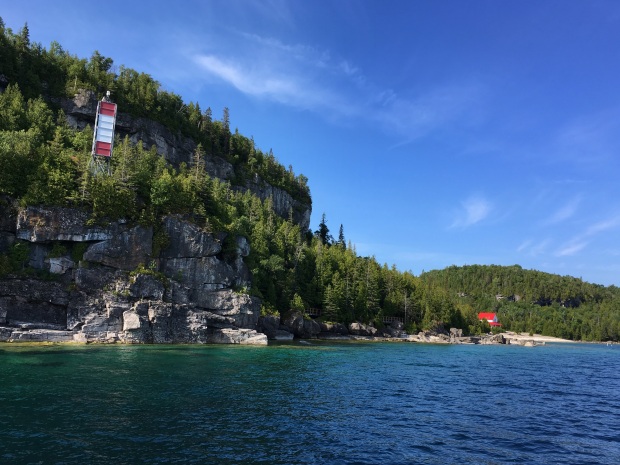 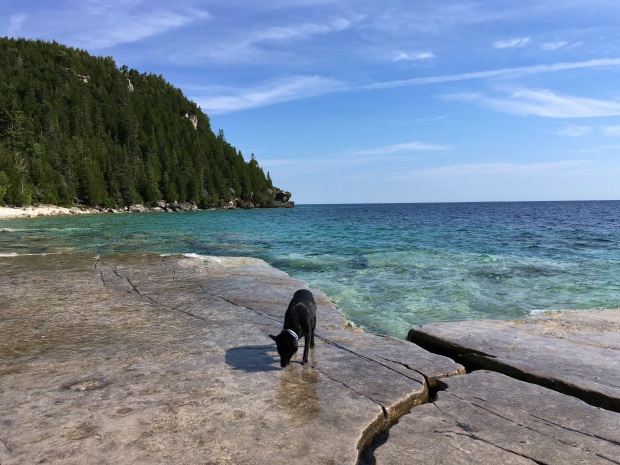 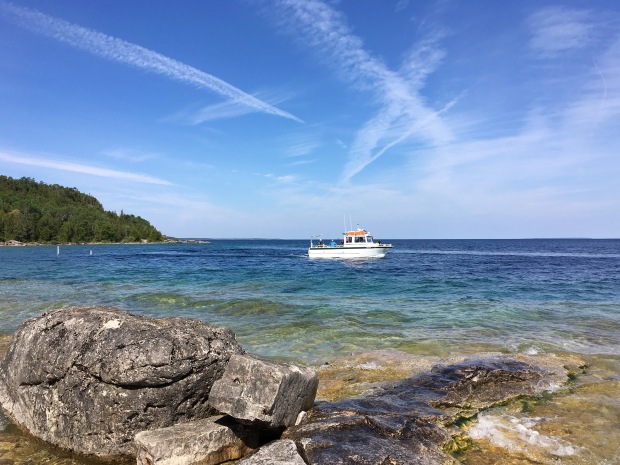 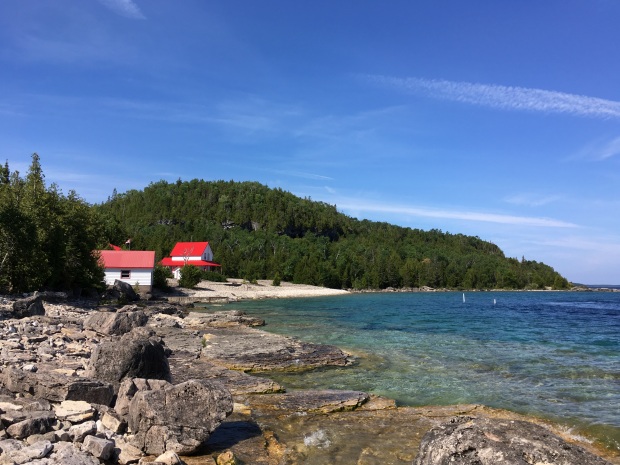 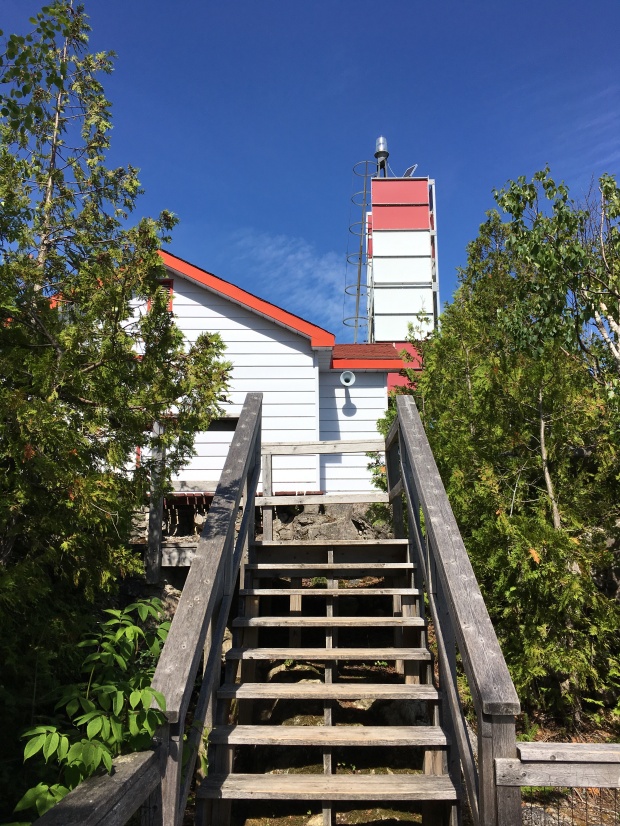