The Grotto in Bruce Peninsula National Park is so popular that there is literally timed entry for parking at the Cyprus Lake Trailhead. Because the first image I ever saw from the park was of the Grotto however I just had to see it in person, despite the certainty of crowds. And so, I secured us the earliest time slot for the day with the best forecasted weather upon our arrival to Tobermory.

One of the first vehicles to arrive in the parking lot on the day of our reservation, we made a beeline for the shoreline and the spectacular cave formations there. I had wandered for a few minutes and snapped off a few photos when another couple showed up – and promptly stripped down to their bathing suits before launching themselves off the rocks. It was then that I realized I made a terrible mistake.

Because I like to experience places without having a lot of preconceptions and (in particular) seeing a lot of photos, I tend to not do much research after I make a decision to go to a place. This sometimes backfires however and I end up completely unprepared – like for example being at a place where there are caves only accessible by water and not having a bathing suit or my underwater camera. Once I realized my error I was honestly pretty annoyed with myself for having missed out on the opportunity to see the caves and shoreline formations (more) close up. But we made the best of it, climbing up and down the cliffs, getting as many views as possible at the amazing solidified minerals, long eroded by wave action.

After we’d explored all the angles around the Grotto we joined the Bruce Trail and again headed west-northwest, this time toward Overhanging Point. Along the way we hiked through coastal cedar, across pebble beach, and up through the headland confier. All were spectacular, but it was during the former we saw a few yellow-orange leaves despite the fact that it wasn’t even August!

Once we ascended the headlands and were hiking across the Niagara Escarpment we were treated to multiple views over the cloudy, dark Georgian Bay but the trail become more interesting as the geology became dominated by the coral-like dolomite that both Tom and I likened to brains. Shortly after this we reached Overhang Point, a section of undercut cliff that results from wave action on the softer underlying geology. Unfortunately, due to our timed parking spot, this was our turnaround point, but we’d honestly seen so much already that it was hard to be disappointed. 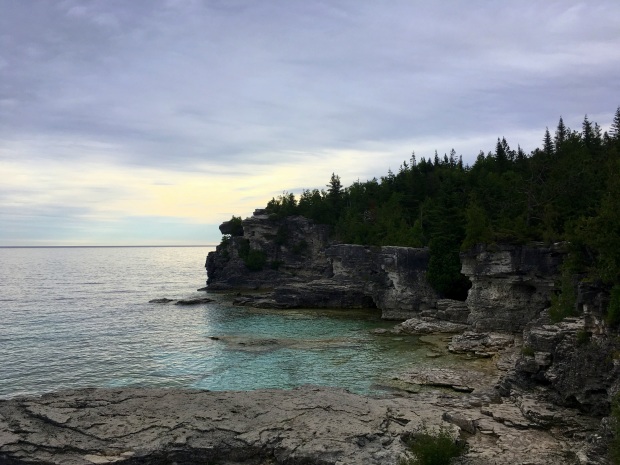 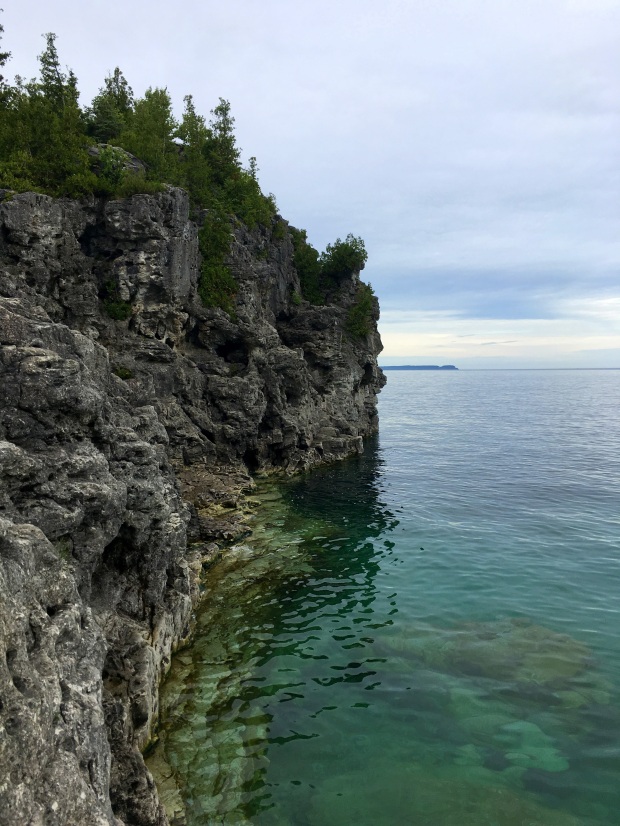 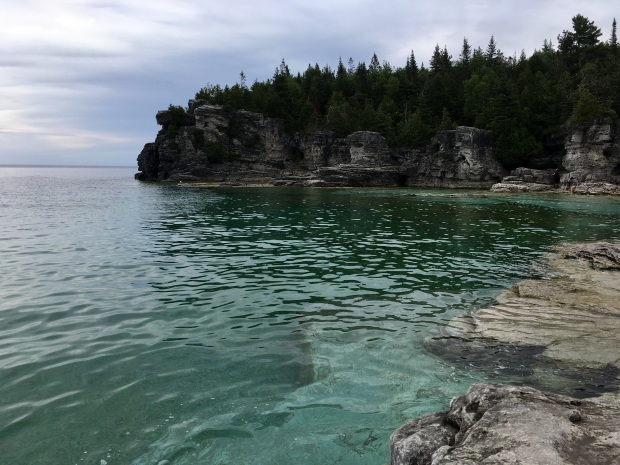 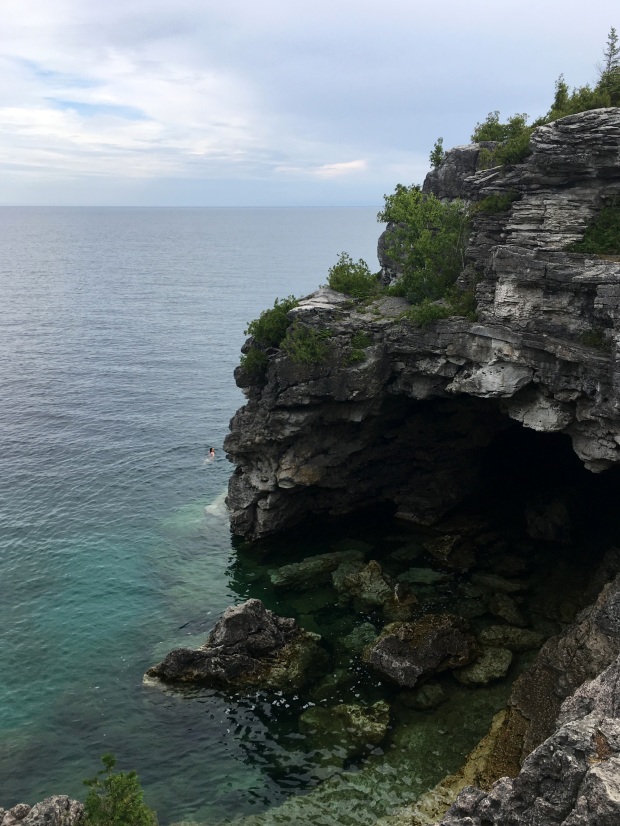 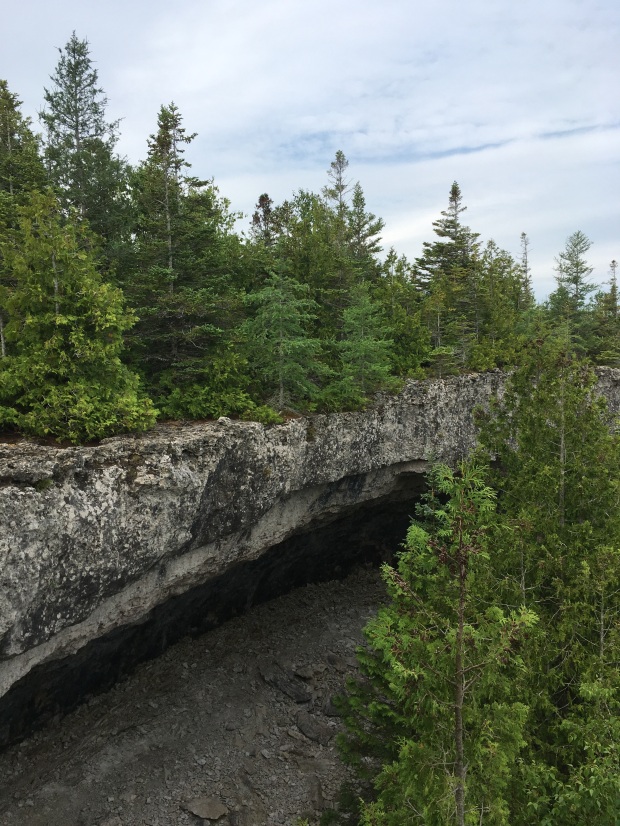