Local Explorations of the St. Croix Falls Area: The Ice Age Trail, Boat Tour of the Wisconsin Dalles, and the Potholes Trail in Interstate Park

Though we were building in the small town of Luck we camped at the fairgounds in the town of St. Croix Falls, 15 miles to the south. Lucky for us the campground was adjacent to a trailhead for the Wisconsin Ice Age Trail which follows the terminal moraine of the last ice age. I’m going to admit that this was not the most exciting trail in the world but the trailhead was right there so it was perfect for dog walking. Also, Abby didn’t mind the lack of scenery. 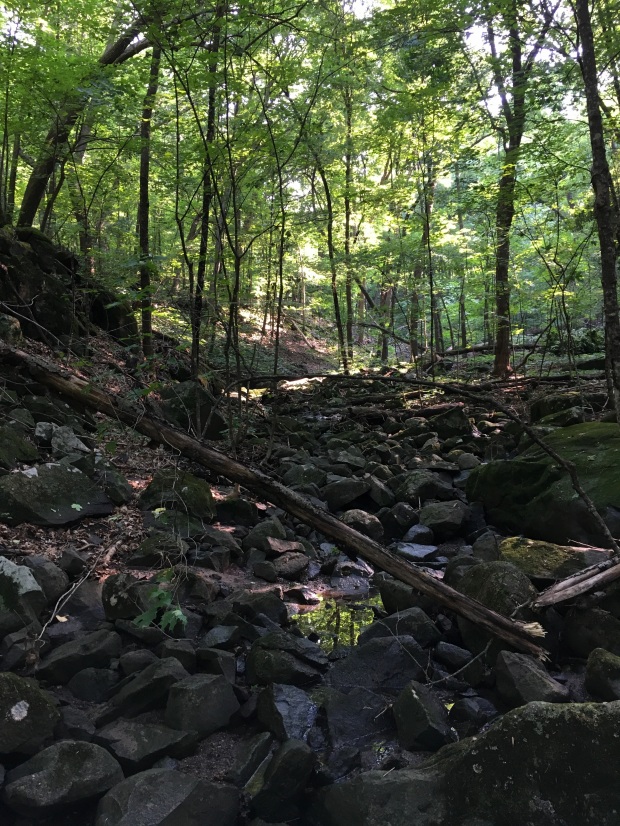 Right down the hill were the Dalles of the St. Croix River, a gorge slashed into the landscape by torrential glacial meltwater. Easily viewed from either the Wisconsin or Minnesota banks in Interstate State Park, the vertical basalt cliffs were quite striking amidst the otherwise flat landscape. Our first weekend us Care-a-vanners did a group boat tour down the Dalles where we could see up close the sheer walls and talus slopes as they plunged into the river.

We also viewed the Dalles from land on a stop to the Minnesota side of Interstate Park; this allowed us to walk on top of the cliffs as well as view the glacial potholes, created when the sediment captured in the glacial meltwater was caught in whirpools and drilled into the rock. These potholes are seen in many other places (notably the Minnesota shore of Lake Superior) but the park has the highest concentration of these phenomena in the world, not to mention the some of the deepest. Whereas other potholes I’ve seen have been bowl-shaped depressions many of these were more akin to vertical tunnels. 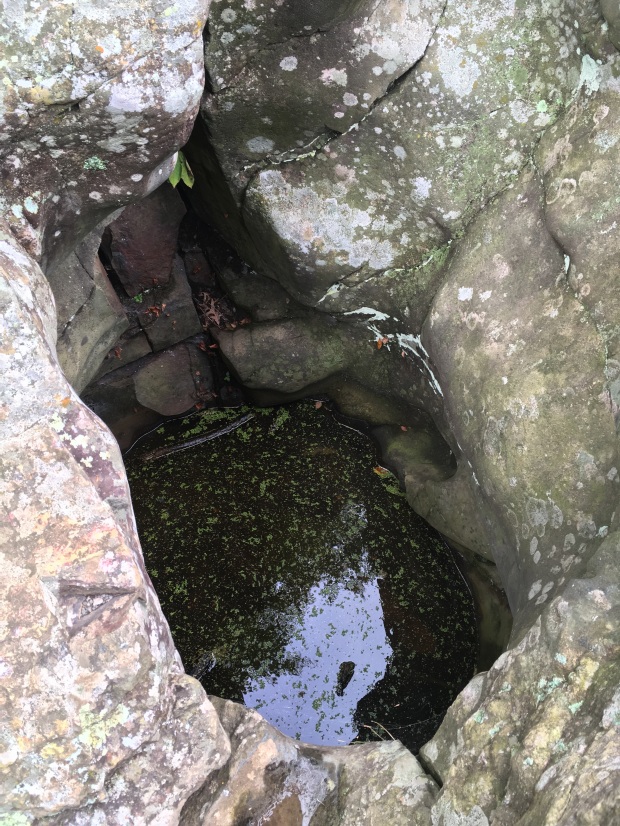 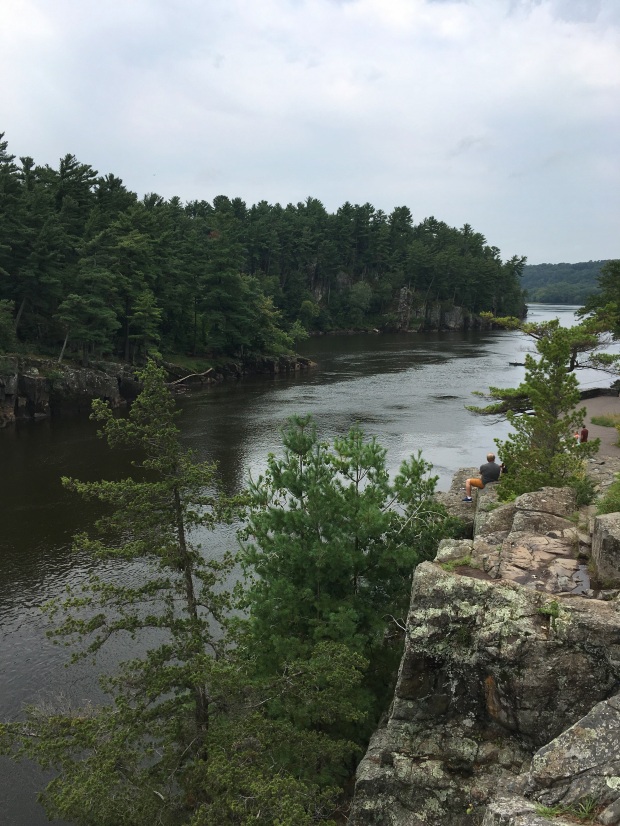 9 thoughts on “Local Explorations of the St. Croix Falls Area: The Ice Age Trail, Boat Tour of the Wisconsin Dalles, and the Potholes Trail in Interstate Park”