After the completion of the houses I stuck around Las Cruces for a bit in order to prepare for the following build season but by the beginning of the second week in May we were ready to lift the jacks and get back on the road… except that our RV step wouldn’t retract the morning of departure. It took a few hours and some cajoling on our part but we managed to sort of fix it and got underway in early afternoon. Luckily we’d planned to overnight in Silver City which made for an abnormally short driving day; despite our delay we were still able to take our planned short hike near town.

For the hike we mostly stuck to the Dragonfly Trail which features multiple petroglyphs carved by the Mogollon culture sometime around 1300 A.D. — though we ventured onto other routes and did a little off-trail exploring in the canyon area. In total we probably walked around 5 miles along the various trails and not-trails in the recreation area. The pinyon-juniper ecosystem of the lower Gila Forest was a nice change from the desert of Las Cruces though the temperatures weren’t much different despite the 2,000 difference in elevation. But the petroglyphs were definitely a worthwhile stop and it was neat to see the intricate dragonfly in particular. 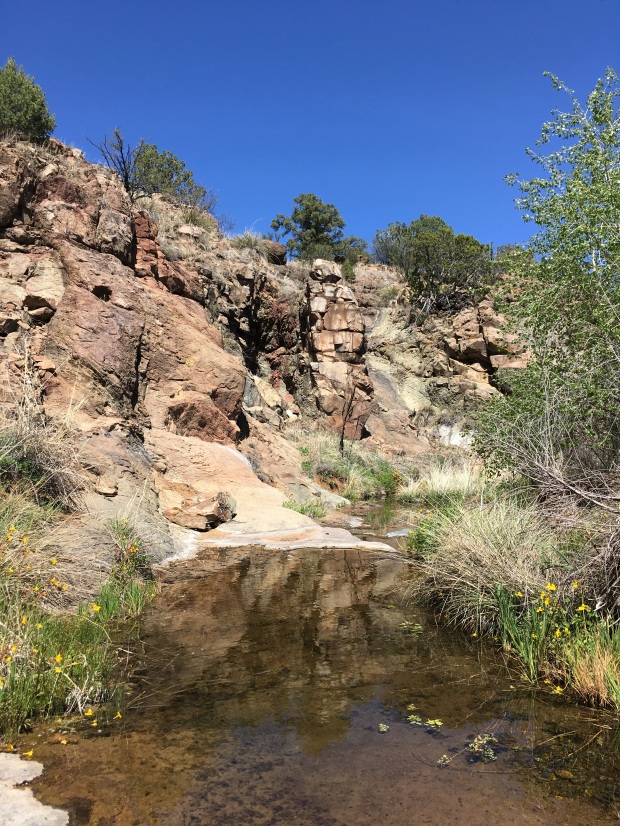 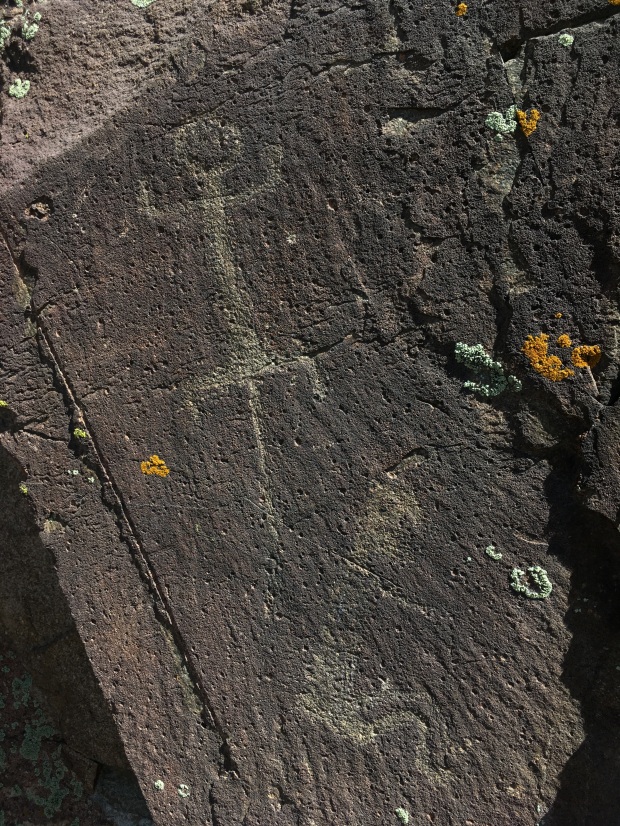 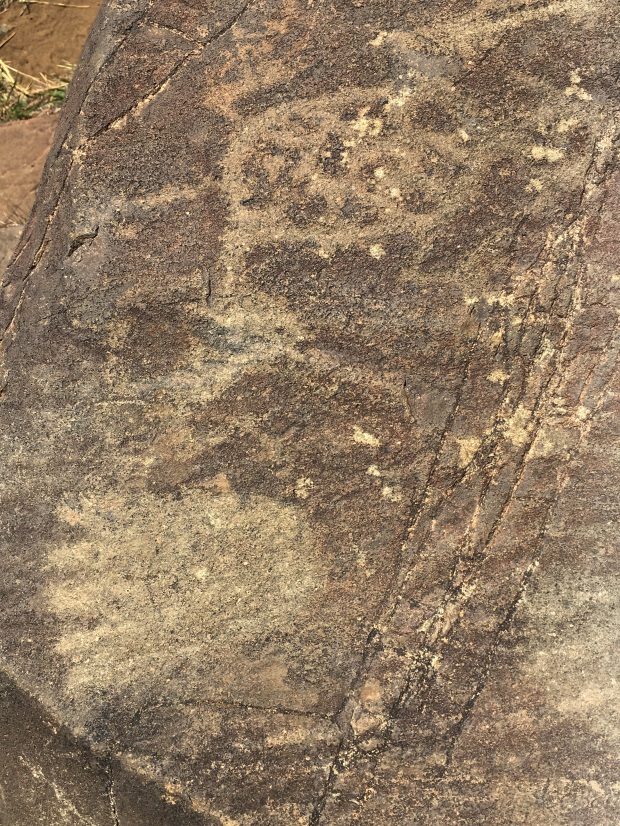 The following morning we moved on to Alpine, a small town nestled in the beautiful, sunlit Bush Valley of the White Mountains of Arizona. We did 2 longer hikes during our 3 ½ days there but due to snow (in the second week of May! In Arizona!) we spent most of our last day recharging in the RV. Both the morning of that bad weather day and the afternoon of our arrival we ventured out for exploratory walks however, which were equally gorgeous. The first scouting trip led us to a refreshing walk around near Hannigan Meadow. Located at 9,000 feet the area was populated by tall fir and aspen trees interspersed with grassy green meadows and was delightfully cool. Our 5 or 6 mile walk never got us anywhere with vistas but the entire stroll was quite pleasant once I let go of my expectations to find the Hannigan Meadow (I still don’t know if we were successful, but whatever).

The other walk was an early morning partial circumnavigation of Luna Lake through rolling grassy hills and clusters of ponderosa. Though Abbs and I got rained on at the start and were fogged in for a good hour or so the clouds temporarily dispersed near the end of our walk allowing us to see across the lake to the eastern edge of the higher peaks of the White Mountains. We even made it back to the RV a good hour before the clouds returned and the snow flakes began to fly, making it a highly successful morning walk. 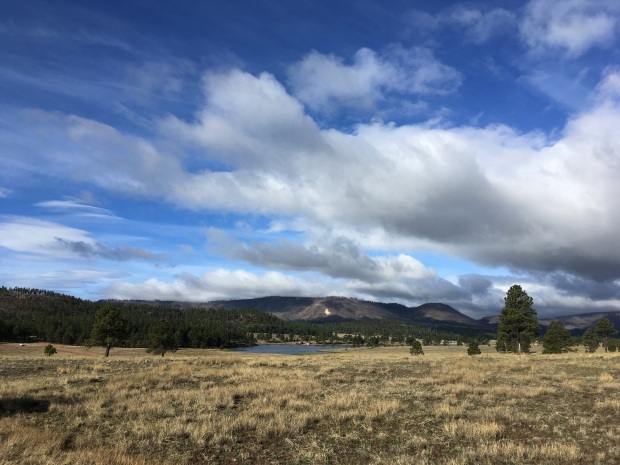 ← Drywall to Final Punch List: The Second Half of the Build Season in Las Cruces
Hiking Escudilla Mountain and a Bonus Lake Stop →