Inside the Volcano: Red Mountain

The weather forecast had called for more of the same violent thunderstorms of our first full day in Flagstaff, but we got lucky, awakening to a mostly cloudless blue sky. After confirming that the chance of precipitation had dropped into the single percentage points we enthusiastically set out for some hiking. The problem – if you could call it a problem – was that the late snowpack and recent heavy rains kept many of the forest roads closed, specifically the those leading to the trailheads surrounding Humphrey’s Peak. Luckily it took all of a few minutes to come up with some interesting-sounding alternatives.

I decided we’d start by traveling west, dropping into the plains en route to our first stop at the Slate Mountain Trail, described as a shorter hike with great views of the San Francisco Peaks. Slowing to exit onto the forest road however we noticed the sloppy clay and pools of water filling the ruts. I put the truck into 4wd and began moving down the road when we suddenly realized that the RV a few hundred yards away wasn’t camped in a pull out, but rather stuck in the road. We also then realized that the dually truck in front of them was attempting to free the large motorhome – and that maybe driving down this road was a bad idea.

We got turned around, rejoined the main road, and continued west towards my next planned hike, Red Mountain. Rising a thousand feet over the plains of the San Francisco volcanic field, Red Mountain is actually a cinder cone, one that features an amphitheater of hoodoos as well as the more characteristic dark crystals that often get mistaken for obsidian. The U-shape and exposed internal area make this cinder cone unique however, much different in appearance from the typical symmetrical volcanic vents that are covered in fragments of rock ejected from eruptions. At Red Mountain you can walk “below” these layers of loose cinder where mineral intrusion and great pressure has cemented the ejections into pinnacles and spires of varying colors.

Arriving at the trailhead we walked an easy mile or so across the flat juniper-dotted plain before dropping into the wash where evidence of the black solidified lava sculpts the sides of the outflow. Ponderosa suddenly appeared here too marking a transition in ecosystems. We climbed up the small ladder and then suddenly we were “in the volcano,” encircled by hoodoos and spewed ash now solidified into random formations.

There was a bit of gawking and pointing (and sniffing by Abby) but soon enough we began exploring the formations in earnest, scrambling around their bases and making our way into short slot canyons formed by water erosion. Though we’ve explored similar volcanic explorations before every one is different – and thus a new adventure. As luck had it we had the place to ourselves and enjoyed the adventure very much even though it was only a short walk 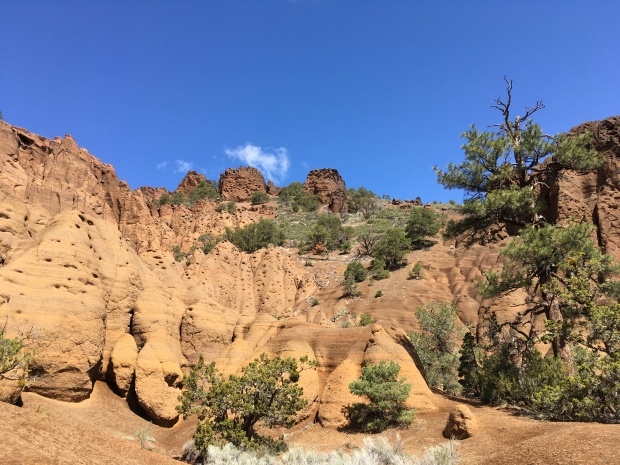 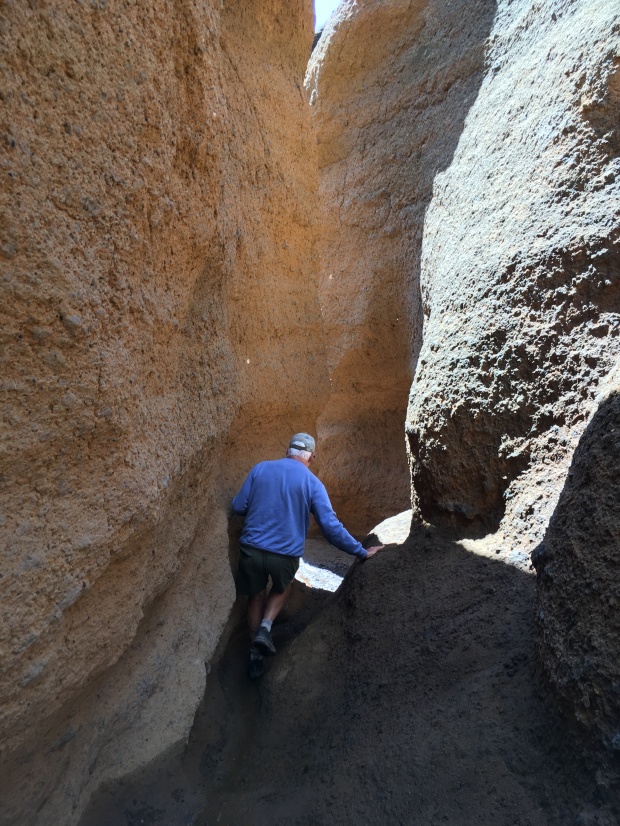 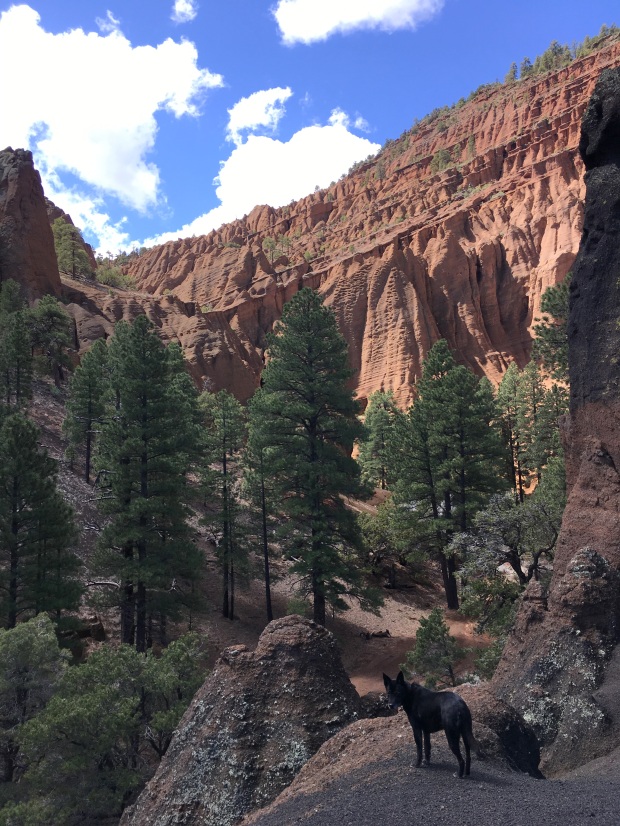 ← A Stormy Hike Up Elden Mountain and a Mini Brewery Tour of Flagstaff
Aspen Everywhere: Indian Springs and Viet Springs →

6 thoughts on “Inside the Volcano: Red Mountain”