On our full day in Parry Sound Ontario we had a continuation of the weather we’d been having since our arrival – cloudy as hell with a threat of rain. Nonetheless we set off in the morning to hike a couple trails in Killbear Provincial Park which features the ancient exposed granite and gneiss of the Canadian Shield.

We started on the Twin Points Trail, a short 2-point-something kilometer trail that leads to a protected beach ringed by the characteristic wind-blown pine of the Parry Sound. After walking the short forest trail through red maple, birch, white pine, and oak we emerged onto the rock barrens. Here we zig-zagged across the exposed granite scoured by retreating glaciers before continuing west too the point where the rock ended and the trail began crossing sand and pebble beach. Not long after we reached the private property line and our turnaround point. 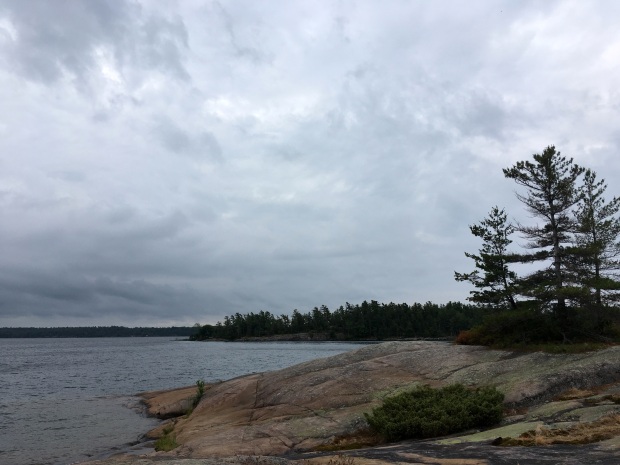 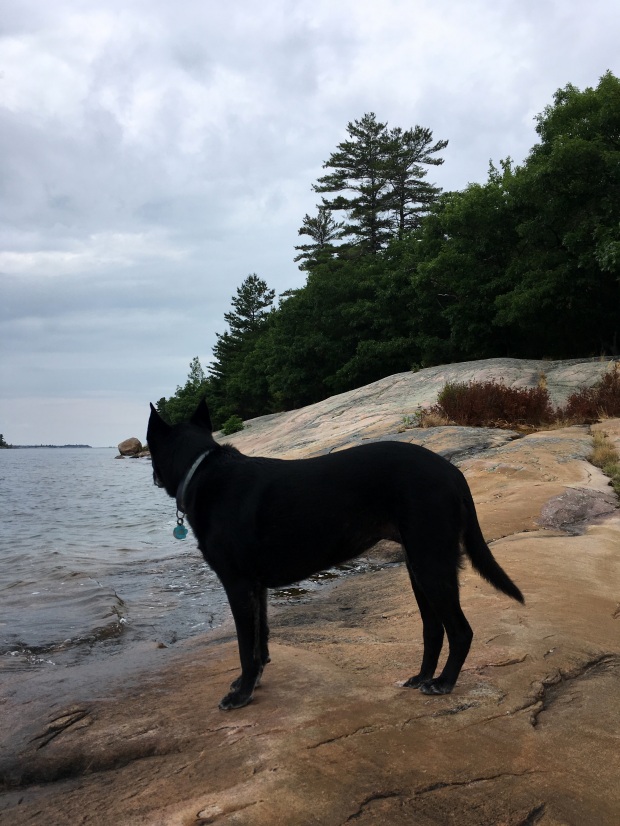 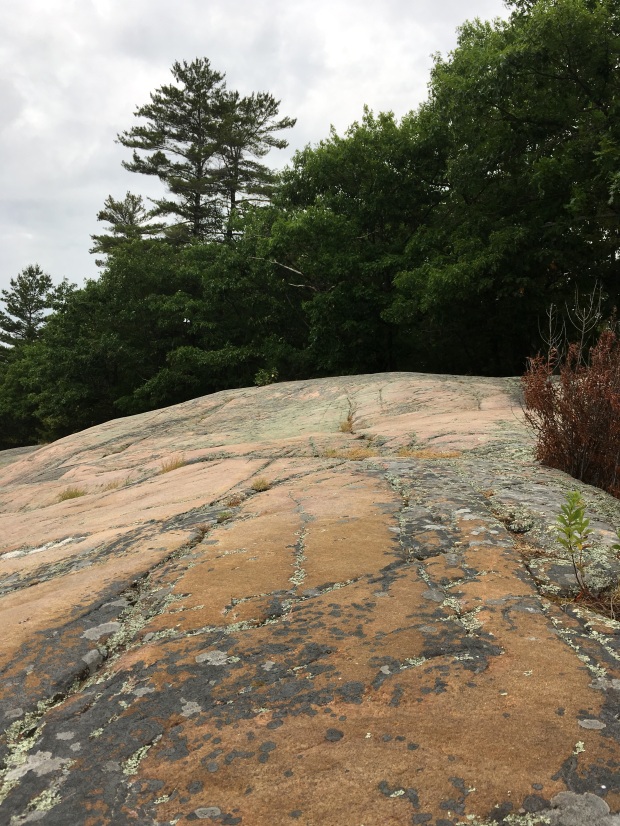 Our explorations were hardly done however; we then drove past the campgrounds to the other side of the park where we parked at the Lighthouse Point Trailhead. The forest on this peninsula was more coniferous and had an open feeling, providing more views of the bay as we made our way toward the lightstation. The point where the tower was located was almost entirely layered gneiss, but it had been broken up over millions of years by freeze/thaw cycles as well as lichen and root action. The erosion and weathering of the old rock created some interesting patterns that complemented the brushy trees and faded paint of the striped cylindrical beacon. 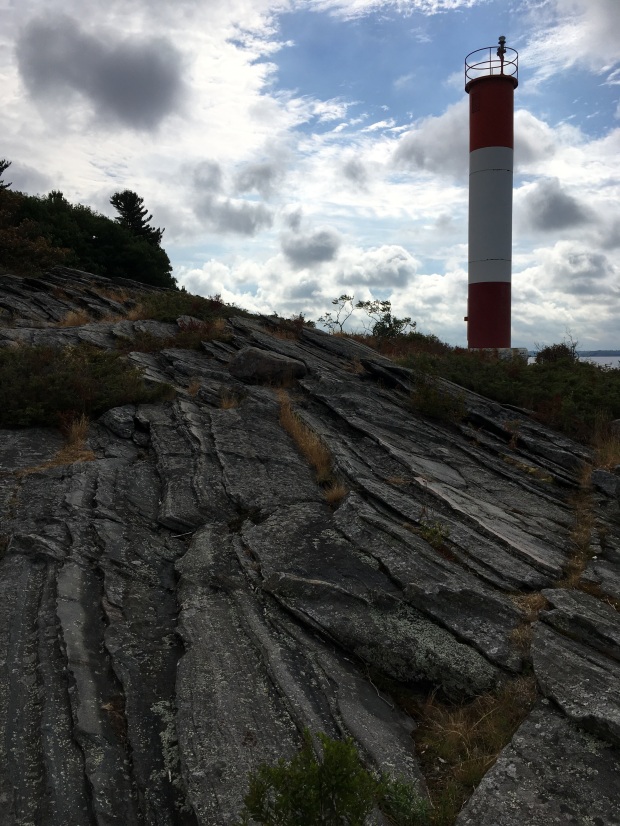 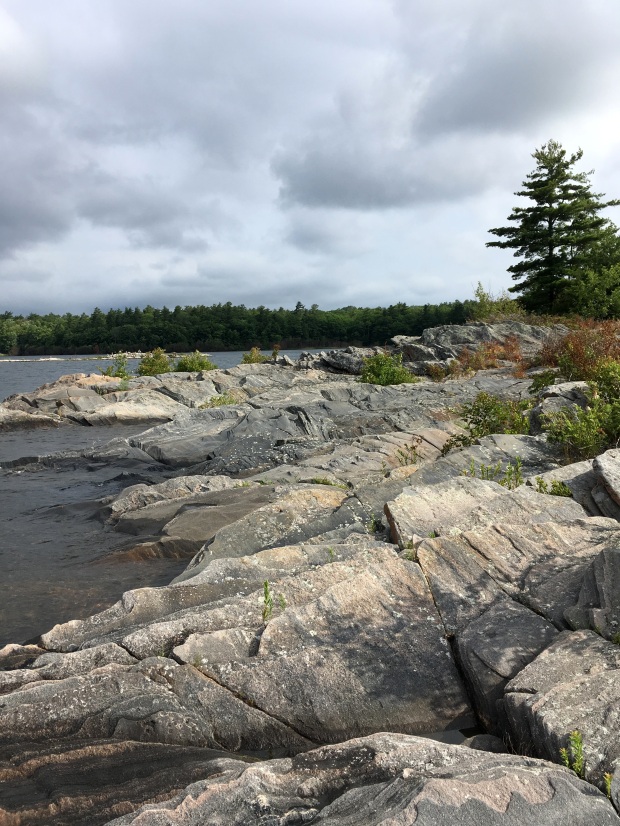 Of course we couldn’t resist hitting up the local brewery while we were in and around the town of Parry Sound: a local brewmaster had recently opened Trestle Brewing Company, named for it’s location just inland of the trestle bridge along the Seguin River. We sampled most of what they had on tap while lounging on their comfortable deck and I ended up purchasing a 4 pack of their delicious IPA which had come off the canning line the week before.